Guest Column: Scott Hounsell – Failure Is Not An Option, But Democrats Are Trying… Hard

Last evening I published a note on Facebook offering to publish something from a reader who submitted a column on short notice.  A big shout-out to the half-dozen submissions.  Let me say this first — Joe from the coast, you need to actually send me .jpg files of his charts and graphs for me to use your stuff.  That said, hope you enjoy Scott’s submittal…

FAILURE IS NOT AN OPTION FOR CALIFORNIA; BUT DEMOCRATS ARE TRYING…HARD
By Scott Hounsell 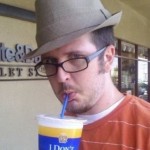 While our state continues to face a financial crisis and Democrats continue to grasp at straws to explain how, even after raising taxes two years ago we are right back at our 20 billion dollar budget deficit, the left continues to state that continuing those tax increases is the only way to pay for the shortfall.  Despite this urgency, they ignore facing the issue and rather spend the time further regulating environmental quality and business development, discouraging and driving away business from our suffering economy.  With both taxation and regulation driving corporate business out of our state,  a poll of CEO’s reports California as the worst state in the nation to conduct business.

According to the Sacramento Bee article:

Again the Left would wish to think that they have the answers, but some interesting observations need to be made regarding the Top 5 friendliest states, vs. The Bottom 5 worst states.

Facts are stubborn things, and when confronted with blatant facts, the left collapses like a house of cards in a wind storm.  At what point will the electorate wake up and realize that our state is in the trouble it is in because of the failed policies of the Democratic Party?   When we share with our friends, families and neighbors and use other states as examples.  This is California.  Failure is not an option and with some work and REAL fiscal repair, we can make it great once again!
_________________________________________________

One Response to “Guest Column: Scott Hounsell – Failure Is Not An Option, But Democrats Are Trying… Hard”