[Publisher’s Note:  We are pleased to present this original commentary from Jennifer Kerns.  Kerns is a taxpayer advocate and Republican strategist – Flash]

CTA, Code Pink and Cindy Sheehan…Oh, My!
By Jennifer Kerns

It wouldn’t be the official start to May Revise season without a little rancor at the State Capitol.

But this week’s hysteria reached an all-new “circus” atmosphere when Cindy Sheehan, Code Pink AND the California Teachers Association all converged at the same hour to shout about everything from the State budget to war in the Middle East.

On one side of the Capitol, the California Teachers Association gathered with a few hundred of their closest well-paid friends to hold a press conference to kick off their 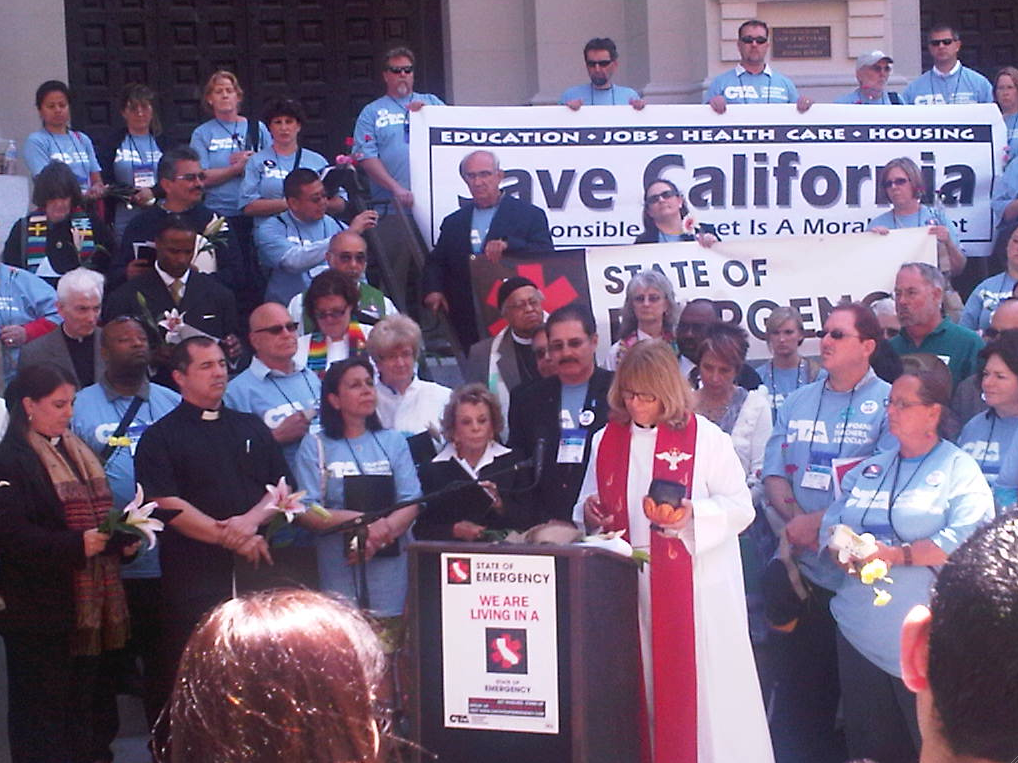 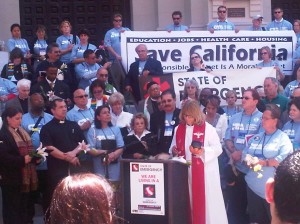 “State of Emergency” campaign against an all-cuts State budget.  Whether it was a tax increase on hardworking earners (you know, those people who actually go to work and spend the day creating something), or new taxes on those so-called “evil corporations” (you know, those companies who actually give people jobs and keep what’s left of our state’s economy going), this crew put it on a sign and promoted it.  And just when you thought they were finished, a CTA guest speaker and robed clergywoman closed her speech by reading scripture from the Q’uran and shouting her support for an Oil extraction tax. Standing among the crowd, I felt kind of dirty. As if I had gotten into the $3 exhibit to see the 500-pound woman for free.

Under tent #2 of this three-ring circus was Code Pink. It doesn’t get much loonier than this bunch.  Holding signs protesting drones in the Middle East and spewing nonsense about the Koch brothers, Code Pink failed on all counts to correlate any single issue with the current State budget crisis.  Which led me to wonder why they 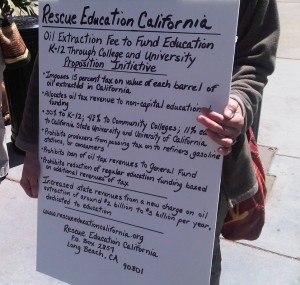 were at a “State” Capitol in the first place. The most exciting part of their visit was the scuttlebutt among TV reporters that the infamous gold star mom and anti-war agitator Cindy Sheehan was prepared to go to fisticuffs with the CTA over confusion surrounding who actually had rights to the steps of the Capitol. (Now that I would have paid $3 to see!)  For what it’s worth, Sheehan ended up getting demoted to the less-coveted East Steps. 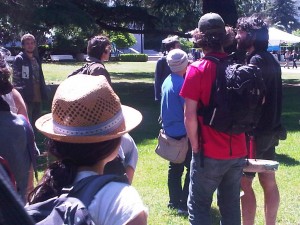 The third ring of this circus came courtesy of a “sit-in” on the Capitol lawn by an unshaven, flip-flop-wearing brigade of students from UC Santa Cruz, who said they were on-hand “to support the CTA,” protest tuition hikes and promote “civil disobedience.”  With only 40 of them on-hand, admittedly it wasn’t much of a sit-in.  What’s worse, when asked by a cameraman if he’d like to be interviewed, one of the students said he really preferred to get something to eat first.  I can’t be sure, but I think I heard the sound of the 1960s Free Speech Movement forefathers turning over in their Berkeley graves.

If there were a stranger day at the Capitol in recent history, I haven’t seen it.  But then again, we are five months into Moonbeam’s second act.

All of its silliness aside, the groups here at the Capitol (at least the CTA) do pose a credible threat to hardworking taxpayers in California.  By the CTA’s own published accounts, they intend to spend MILLIONS of dollars in the next couple of weeks hitting the airwaves to try to convince voters that budget cuts are too harsh on our schools, all the while failing to tell the public the truth – that the state spends a whopping 30% more on education than it did just a couple of decades ago when we were at our finest. Circus or not, we still have to suffer through their carnival barking and the fact that the CTA still owns most of the folks under the big-top that is the Capitol dome.  All the more reason we must ensure the taxpayers’ voices are heard – because with the State budget worsening by the day and no Federal bailout on the horizon, there is no safety net if we fall.

Day one of protests at the Capitol was crowned last evening with dozens of arrests by the California Highway Patrol.