On Tuesday the Long Beach City Council will consider a ban on plastic grocery bags.

For those lovers of liberty and freedom in Long Beach, I have some bad news for you. This coming Tuesday, your city council is looking to pass a city-wide plastic grocery bag ban and tax ordinance that is identical to the one passed by the Los Angeles County Board of Supervisors last November. The action taken by the Los Angeles County Supervisors (on a split vote) was not only poor public policy, but also legally questionable. The last thing that cities like Long Beach should be doing is emulating the bad behavior of their County Supervisors. Ultimately, the County’s bag ban was approved by the three Democrats who hold the majority, and for whom creating yet another government mandate, and making life more expensive for Californians, is not a big deal.

First and foremost — why is a plastic bag ban for Long Beach poor public policy? I will start with the “Big Brother” issue, because it is the most egregious. Telling residents and business owners what bags they can and cannot use, and how much they will be charged (or how much they will charge) for a bag is “nanny state-ism” at its worst. In America, you are afforded individual liberty — but with that comes individual responsibility. Programs targeted at educating the public on the negative impacts of littering with their bags, or even creating stiff penalties for those caught littering, make more sense. Then you are targeting government action, in the case of fines for littering, towards those people who are being irresponsible and infringing on the liberty of others.

It is significant to note that serious health issues have been brought up relative to reusing cloth bags, both in terms of the lead content of bags, and perhaps more gross, the bacteria that grows in bags from remnants of food from previous trips (I’m thinking of someone’s ground beef package springing a leak and… Well, you can imagine!).  Here is a recent study on the bacteria in the reusable bags.

Most significantly from a legal point of view, is the ordinance’s mandate that a retailer charge a ten-cent fee to the customer, then use the money from that government mandated fee to implement government mandated programs. Readers should note that the original draft of the Los Angeles County bag ban and tax actually had the fee being applied, and the money collected shipped to the government. But in the midst of putting together the ordinance, voters last year passed Proposition 26. This measure closed a loophole that had been allowing the passage of fees without a vote of the people. LA County officials, not wanting to take a bag tax to a vote of the people, instead have sought to circumvent the intent of Proposition 26 by instead requiring stores to charge a per-bag fee, and spending that money as directed. This is a very legally questionable and dubious effort to try and get around California’s Constitutional requirement of a vote by the people on proposed taxes (and taxes called fees).

For all of these reasons (and even more), Long Beach policy-makers should take an about-face on enacting this plastic bag ban and tax ordinance. 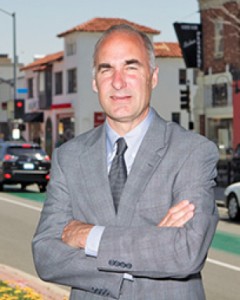 Curiously, unlike in Los Angeles County (and other jurisdictions that have passed similar bans) where it has been liberal Democrats pushing this big government policy, in the City of Long Beach it appears to be a bi-partisan effort — which is to say that the city’s lone Republican Councilmember, Gary DeLong, is apparently a co-sponsor of the plastic bag ban and tax measure. This is most disheartening. I have a number of friends in Long Beach who tell me that DeLong has demonstrated some promise, especially with his willingness to tilt swords with the city’s very strong police and fire public employee unions. By all accounts, Councilman DeLong is someone who covets a run for higher, partisan office if the redrawing of political lines once again makes it possible for a Republican to win office in Long Beach (which is entirely possible). If that is indeed the case, than this plastic bag ban and tax is not only bad public policy, but for DeLong is really bad politics. Overall, in a city that elects a Democrat Mayor and eight (of nine) Democrats to the City Council, the politics of supporting this ordinance may seem interesting. But DeLong should put some serious thought into the consequences of supporting this policy when engaging in a dialogue with Republican voters in a competitive race for Congress or the State Legislature. Perhaps DeLong should pause and reflect on the fact that the failed effort to ban plastic bags on a statewide level, AB 1998, received not one Republican vote in the State Senate nor in the State Assembly. 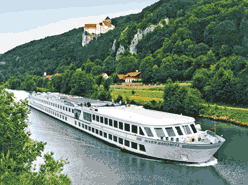 Instead of voting on the plastic bag ban he is co-sponsoring, DeLong may be crusing down the Seine River in France.

In poking around to research this column, I have been told that DeLong may not be at Tuesday night’s Council Meeting — preferring (as would I) to instead head off on holiday to France. Unfortunately for the Councilman, at least from a political perspective, signing on a co-sponsor of this terrible bag ban and tax and then zipping out of town hardly gets him off the hook. At a minimum, DeLong should issue a public letter to his colleagues pulling his support from the ordinance, and asking them to delay a vote until he can be present to make a case for why it is not such a good idea. If he can’t get the first reading of this matter delayed, then it should be his vacation that gets delayed. As a Republican, presumably DeLong takes seriously the issues of liberty and freedom, and views with skepticism and dismay the encroachment of government at every level on his constituents very seriously. I wince at trying to have him explain to local residents inconvenienced by this bag ban that instead of fighting it, he was on a river boat cruise down the River Seine.

In closing, the Long Beach City Council should put the breaks on this instinctive effort to impose a “big brother” solution on what they feel is a litter problem with plastic bags. Instead of using the power of government to put new restrictions and costs on grocery store owners in Long Beach, perhaps consumer education and a strong, expensive fine is in order not for the grocery shopper who throws their plastic bag in the trash, but for the serial or casual litterer who is really the cause of the environmental issue of concern underlying this issue. If they do move forward, they should make sure there is a healthy line item in the city budget for the inevitable lawsuit that taxpayer advocacy groups will bring to bear to fight the city’s attempt to circumvent the requirement that tax increases be approved by a vote of the people.