[Publisher’s Note: As part of an ongoing effort to bring original, thoughtful commentary to you here at the FlashReport, I am pleased to present this column from Kevin Dayton, State Government Affairs Director for the Association Builders and Contractors of California – Flash] 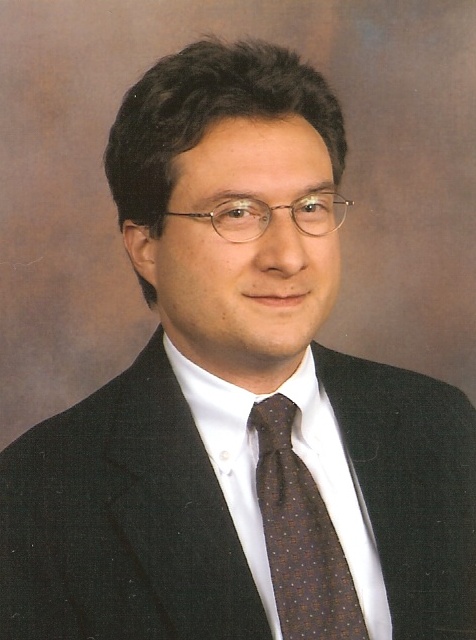 On Monday, May 16, in front of sizable crowds of oil and gas industry workers, the California State Assembly’s Committee on Revenue and Taxation considered a tax bill that reflects the disdain of California’s coastal state legislators for the city of Bakersfield and its industrial base.

Assemblyman Warren Furutani (D-Long Beach) has introduced Assembly Bill 1326, the so-called “Fair Share for Fair Tuition Act,” which would assess a tax of 12.5 percent on the gross value of oil or gas removed from the earth or water in California for sale, transport, consumption, storage, profit, or use. It’s an “urgency statute necessary for the immediate preservation of the public peace, health, or safety” and would take effect immediately when signed into law. With a Democrat in the governor’s office, 2011 may be the year when the state smacks a big tax on the “privilege” (according to the bill) of extracting or withdrawing fossil fuels from the earth. 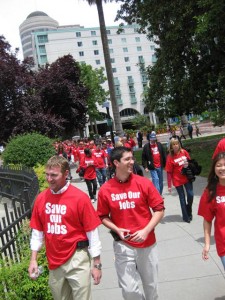 “Workers for oil producers walk to the State Capitol in their “Save Our Jobs” shirts.

Tax proceeds would go to a newly-created California Higher Education Fund, to be run by a California Higher Education Endowment Corporation with a Chief Executive Officer and a support bureaucracy. A 15-member appointed board would oversee the operation of the Corporation. Three board members would be college students selected from a list submitted by student governments. In addition, at least two of the corporation members would be “non-management” university employees. The petrochemical industry is not assigned any seats on the oversight committee: its role is purely to be the victim.

Why would the State of California impose a 12.5 percent tax on oil and gas extraction, considering the relatively high cost of gasoline right now? The author of this bill has included a scheme meant to assure Californians that the tax would not increase fuel prices, but would instead result in a lower net profit or greater net loss for an oil or gas producer: 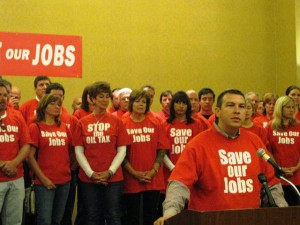 Can you imagine a gaggle of student activists and union officials coming together under the auspices of the state government to determine if an oil producer is trying to “gouge consumers” through higher prices? This board is likely to issue regular public announcements that “greedy oil companies” are trying to pass the costs of the tax increase to their customers.

Who will suffer from this tax? As the source of 74.6% of oil production and 60.8% of gas production in California, Kern County will be a lucrative source of tax money under this bill. That’s why the majority of speakers against AB 1326 at the hearing were Kern County owners and employees of businesses that specialize in drilling wells and operating and maintaining equipment that brings oil to the surface. A representative for Kern County also opposed the bill, asserting that the county’s unemployment rate would likely increase from 17% to 20% if the tax was enacted.

Assembly Bill 1326 was ultimately moved by the Committee on Revenue and Taxation to the “suspense file” for possible future action. This leaves time for the legislature to consider some questions.

Why does the State of California maintain a Film and Television Tax Credit for the Los Angeles-based entertainment industry while planning to assess a tax for the Bakersfield-dominant oil and gas industry? The difference may be how state legislators make value assumptions based on an industry location, the people who work in that industry, and the nature of the industry itself.

In the most recent U.S. Census Bureau report on the percentage of residents over 25 years old who are college graduates, Kern County was ranked 47th out of 58 counties in California, with only sparsely populated rural counties ranked lower. It’s a place where businesses produce actual commodities (such as oil and gas) and value employees with craft training, trade experience, and a proven work ethic. Why would the state target one of Kern County’s dominant economic sectors with a special tax to subsidize state university systems? Call it the “Bakersfield Oil Field to Berkeley Sports Field Tax.”