[Publisher’s Note:  With all of the growing controversy around the situation where a lewd picture was sent using the Twitter account of U.S. Rep. Anthony Weiner (D-NY), and the serious missteps of the Congressman in dealing with the situation, we reached out to one of California’s most respected crisis-communications experts to provide some analysis.  Julie Soderlund is a partner with Wilson Miller Communications.  She recently served as an advisor to the Carly Fiorina for U.S. Senate campaign – Flash] 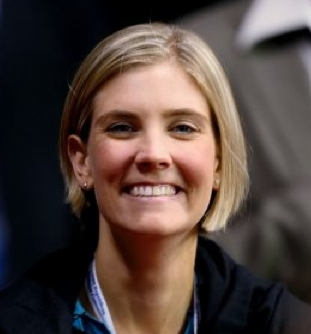 “Weinergate” – Creating Your Own Media Crisis
by Julie Soderlund

This is crisis communications 101 and today’s lesson: What not to do. Case study: Congressman Weiner and well…his Twitter issues.

Yes, I realize this is a complete sideshow compared to the things that really matter, like say the debt ceiling debate, the 2012 presidential primary, Republicans meeting with the President yesterday, starving children in Haiti, etc. But let’s be honest catnip is to cats what situations like this one are to a political flacks like me – so on to today’s lesson we go.

I won’t waste time recapping the basics of this story, Politico’s done a nice job of that. If you have not watched this,  and this you should. It will give you a good sense of what we’re dealing with here on the off chance you have been in a cave over the last couple of days.

Suffice it to say that it’s been pretty amazing to watch this supposedly media savvy (more to come on that in a few paragraphs) Congressman completely and totally perpetuate, prolong (no pun intended) and compound a story he seems to want to make go away.

So what could Congressman Weiner have done differently? In my view there are 5 simple rules for any candidate, high profile public figure or elected official to remember in times like these. This list isn’t exhaustive, but covers the basics, basics that Congressman Weiner seems to have forgotten/ignored from the moment this story broke.

Rule #1: Get the facts and YOUR GOAL straight before you start talking/tweeting/statementing.

Seems pretty simple, but all to often this is where the problems start. When faced with a crisis like this, it’s best to get in the room or on the line with a small group of your most trusted advisors to first put all the facts, and I mean ALL the facts no matter how unpleasant, on the table. Second, agree on a strategy to achieve the end goal (i.e. get the story out there in all its glory and let it run its course as fast as possible, spin the story back onto some one else, change the subject, etc – every situation is different).

Increasingly there is a temptation in the 24/7 media environment we’re in to act before thinking. That temptation, especially in these crisis situations, must be resisted no matter how many media inquiries have piled up in your inbox; no matter what is trending on Twitter. You never have a second chance to frame your response and as Weinergate demonstrates, you’ve already lost if you need a second chance to explain.

Congressman Weiner himself admitted that he violated this rule to Wolf Blitzer yesterday. As a result, more facts and different “facts” began to emerge over the weekend and into Tuesday and Wednesday. The result of this has been now five days of increased information and speculation that has taken this story out of the chattering class in Washington and directly into the national spotlight – exactly where Weiner didn’t want it to be.  Instead, the first statement his office issued on this incident should have included the facts (i.e. was this a prank, is there suspicion his Twitter account was hacked, what action has been taken to rectify the situation, if it was him he should have admitted it, apologized, etc.).

The point here is that changing your story after you have made your first statement not only discredits everything you have said, it keeps the story alive and in many cases brings it to the attention of a much broader audience.

Rule #2:  Issue a statement and shut your mouth.

In general, if you have done item #1 correctly, this should be easy because the facts that you have put before the public should answer the relevant questions and you have nothing else to say. The more you talk about it, the more everyone else talks about it because you give the press something fresh to report every time you open your mouth.

Furthermore, you have a spokesperson who is paid to spend all day on the phone telling the press OVER AND OVER that you/your office has said all they will on the topic. Let this person do their very unpleasant job; that’s why the taxpayers pay them. 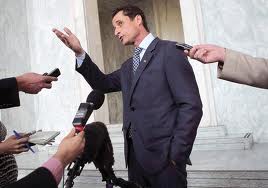 Weiner has violated this rule over and over and over again. He held a ridiculous media avail on the Hill on Tuesday where he called a CNN reporter a “jackass” and refused to answer fair and simple questions such as, “Is the photo of you?” Of note is that this media avail went on for more than SEVEN MINUTES and not once do you hear the Congressman’s staff trying to protect him or usher him away from the cameras so that he wouldn’t be late to his next meeting or WHATEVER! On Wednesday he doubled down when he did a couple of sit down interviews with MSNBC and CNN that only further confused the story (he didn’t deny the photo was of him, he refused to allow an official investigation into the matter) and put it center stage on all the cable networks for yet another day (and probably for days to come).

Rule #3: The press isn’t your friend.

This one is particularly tough for some candidates and elected officials who have traditionally enjoyed an amicable relationship with reporters. An early warning sign that an elected official is headed for disaster in the aftermath of a scandalous situation is when the press calls them “media savvy.” The press (and I love you guys, but this is true) attaches this label to people who are in fact the exact opposite. The press thinks people who are media savvy are people who talk to them, at length, in detail, about everything. In a crisis circumstance this is in fact one of the worst things you can do. The sooner you realize they are not your friends, that talking to them not only will not help you, but will likely further damage you, the better off you’ll be. They are after the story, not there to help you through a tough situation. Congressman Weiner has been repeatedly described as “media savvy” and well, let’s be honest he seems to be dialing up reporters left and right. Put.Down.The.Phone.

Rule #4: Let others do the talking. Do not become the political analyst of your own problem.

Recognize that despite all of your instincts to the contrary, it is not your job nor is it your role to act as the political analyst for your own political problem. Congressman Weiner is guilty of violating this rule in major ways. Not only did he try to tell the press that this isn’t a legitimate story (the media tend to think that’s something for them to decide), but he’s also repeatedly tried to act as if he’s the third party authority on what happened here rather than the subject of it. Again, he should be leaving all of this to other people, to his allies and friends, and frankly even to his opponents who as of now are just sitting back and watching him inflict his own damage rather than having to take the risk of trying to inflict it themselves.

If your strategy includes turning whatever the issue is back on your political opponents let your supporters and surrogates also get out there in full force to repeat this messaging. Do not do it yourself. Not ever. And, if this narrative is starting to gain traction, don’t stop it by putting yourself out there. In this case calling this a dirty trick – something that started to happen early yesterday but this narrative was quickly derailed the minute Congressman Weiner held his media avail.

Rule #5: The cover-up is always worse than the crime.

This relates back to all of the aforementioned rules. If you tell the truth from the start this rule will never come into play. If you shut down access to the press after provide a basic level of accurate information you run less risk of getting yourself into trouble by contradicting your previous statements. If you are covering something up that always comes to light some way and it never ends well for you.

What makes this story interesting at this point is in part the fact that Congressman Weiner has done seemingly everything possible to add fuel to the speculation that he has something to hide and that he’s prepared to continue to hide it. For example, the Congressman, under guise of not wanting to cost taxpayers money on an investigation into this situation, has hired his own investigators to look into this “prank” or “hack” or whatever he’s saying it is today. Sorry, that just does not pass the smell test. If you have been wronged and want to be exonerated turn the investigation over to real law enforcement and reimburse taxpayers for the costs – everybody wins that way.

Furthermore, on Wednesday Weiner refused to deny that the photo was of him. He did say he didn’t tweet the photo, but left the door open to the possibility that the photo was indeed of his chonies and that he prefers the compromise boxer-briefs. This is only adding to the chatter that he’s got something to hide.

If in fact the facts are confirmed/found in this case and Congressman Weiner has been hiding the truth from reporters and the public, this entire situation will be close to, if not completely, career ending. Voters will put up with a lot when it comes to the personal lives of politicians, but one thing they never take well to is lying.

At this point Congressman Weiner has dug himself into a hole that will be pretty tough to get out of – he is unfortunately not the first, nor will he be the last, politician to find himself in a situation like this one. Hopefully at least others that are “media savvy” can learn from his mistakes.