Erica Holloway On The San Diego Mayor’s Race: “The Root Of All Money”

FlashReport is pleased to have as a local online media partner in San Diego County the well regarded San Diego Rostra.  With their permission, we are pleased to reprint this column that ran from one of their contributors, longtime FR friend Erica Holloway.  It is an in depth first-blush analysis of the race for San Diego Mayor, looking at the GOP candidates, with a particular focus on media and social networking.  I hope that you enjoy reading it as much as I did – Flash 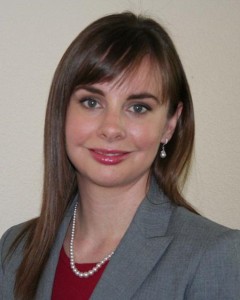 The Root of All Money
By Erica Holloway

Candidates now seek out that answer for the next 12 months in the hopes of being San Diego’s next mayor.

In truth, they’re about as closely related as identical twins. A candidate strong in both shows viability. They have something important to tell voters (“I’m supported by people whose opinion you value”) and the means in which to communicate their message with good consultants and volunteers through campaign mailers, advertising, websites, social media and campaign signs.

Getting money from donors requires candidates to get out there and build momentum. But what happens when your field is packed with other equally viable candidates? High-level endorsements get tougher to secure in primaries and the local donor dollar well gets dangerously low pretty quick, especially when you’re capped at a teeny $500 per person.

San Diego County Republican Party Chairman Tony Krvaric already announced at the recent Lincoln-Reagan Dinner that the party will not be endorsing in the primary (good news for those of us who recall the Steve Francis endorsement debacle). But without that sort of automatic support, these Republican titans will vie for the same donors and endorsements. Expect to see some real grassroots and grasstops footwork in the hopes of overcoming these obstacles.

The one who likely won’t face as much of a fundraising strain: Councilman Carl DeMaio. In 2008, he reported lending $94,000 and giving more than $200,000 to his race. But DeMaio’s not a total self-funder, a fact which he’ll have to remind folks who shy away from such candidates. Yet, I don’t expect it to be a cakewalk for him anymore than it will be for Assemblyman Nathan Fletcher, or District Attorney Bonnie Dumanis. Though, neither are small time by any stretch. Dumanis acquired some strong high-level contacts during her tenure on various boards and commissions and Fletcher, along with his wife, Mindy, both brought the national GOP guns to his Assembly races. Both opponents could easily give DeMaio some heartburn.

They’ll have to look for deep, fresh pockets outside the local arena that will boldly toss money and support to bolster their candidacies. Unearthing significant, vital support in the next year will help convince folks they can leap the 2012 June primary hurdle and then, win the big enchilada in November presumably against a Democrat. No doubt all three already have a healthy dial-for-dollars list ready to target friends in high places.

Since December, I’ve heard from community leaders and activists throughout the city who tell me they’ve been approached by at least two of the candidates asking for support. Those are the sort of folks who could be the tipping factor – true believers mean dedicated precinct walkers, phone bankers and envelope stuffers. In other words: volunteers to stretch those budgets. They’re also the type of word-of-mouth advocates you can never under estimate in dollar value to a race. Plus, with Fletcher and DeMaio – they’re precint-walking demons who enjoy the priceless one-on-one front door chats with voters.

Another necessary arena to stretch the campaign dollars in voter outreach: earned media. A study a few years ago showed the average American receives more than 4,000 messages a day (email, phone calls, text messages, various traditional media and non-traditional social media streams, and in-person conversations) – it’s a huge battle just to cut through the clutter. More than ever, candidates must keep their messages sharp, clear and in sweet bite-sized take aways that can easily be understood and repeated.

Between the three, Fletcher’s gotta beef up his local media presence more, sharpen his message on what he offers as a state Assemblyman turned mayor and take advantage of an open dialogue with voters’ eyes and ears. Both Dumanis and DeMaio flex their media savvy regularly on radio and TV shows; we know who they are and what they stand for. Though, Dumanis must translate for voters her “tough on crime” image to who she’ll be as their mayor – the same hurdle current Mayor Jerry Sanders tackled, and tackled well. DeMaio’s framed his public image as the “reformer” – a message he’ll hammer home through his ties to the pension reform measure set for the mayoral primary hoping to either help shake off or use against the Labor attacks.

In times of thin media coverage, candidates now have social media to fill in some informational gaps. In 2008, President Barack Obama showed us the value of social media both in voter outreach and fundraising, something these three already picked up on. But user beware: it’s also rife with cautionary case studies where one flippant remark (or photo) could irreparably stain your career. It’s a good tool, when used responsibly.

Combined Facebook and Twitter Klout scores ranks DeMaio at 49 out of 100 and Fletcher at 46, meaning they have a fairly engaged and influential listening base. As a reference marker, the Conan O’Brien handle @TeamCoco (200,000-plus followers) has a Klout score of 74. Dumanis, at 33, needs to work on interaction a bit more and bump up her friends and following.

In total, DeMaio reaches more than 10,000 Twitter friends and Facebook followers, Fletcher reaches about 8,000 folks through social media and Dumanis reaches nearly 1,700. Clearly, there will be the same folks in both information streams, but you can never discard a captive audience. These folks want the information because they chose to follow or friend them, meaning they’ll be easier to coax onto to the website donation page. That makes a huge difference in response to say a blast fundraising email.

The mayor’s race will be monstrously expensive for all the candidates. All three candidates lined up well-respected general consultants who no doubt understand the high stakes game they’re in.

With all this talk about money, let us not forget the costly Francis lesson: spending more than $1 million and churning out endless TV commercials doesn’t mean you’ll win. As one of our regular Rostra readers, Erik, noted recently: Perhaps it’s the so-called safe, boring candidates that best win over San Diego voters for mayor.

It’s a handsome field invigorated with high-quality, well-matched candidates running for an important office; best I’ve seen since I moved here 11 years ago. I wish them all the very best of luck.

Erica Holloway is an award-winning journalist and public relations strategist — and a recovering from having been a staff member to elected Republican politicians.