[With incumbent Republican Councilman Carl DeMaio running for Mayor, another Republican, Mark Kersey, has emerged as the early front runner to replace DeMaio on the Council.  I know Mark through GenNext, a group to which we both belong – a great guy.  Below is a column Mark has penned concerning his candidacy – Flash] 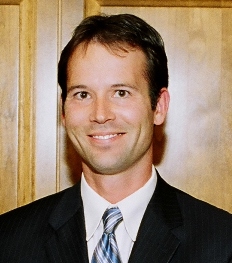 I love San Diego. There is an entrepreneurial spirit here not seen in many cities of our size.  We have tremendous natural beauty, enviable economic resources and I am fortunate to be among the lucky few who have the privilege of living here.

That said, we have endured a second-rate government for far too long. Our city government has been dominated by interest groups whose first concern is not the taxpayers or the city.  We are teetering on the verge of insolvency and the city has been unable to provide basic neighborhood services such as paved roads and fully operating fire stations.

To be blunt, this is completely unacceptable in a city of San Diego’s caliber.

Now I could spend the next 12 months of this campaign assigning blame. Believe me, there is plenty of it to go around.  We could blame the government bureaucrats for fudging the numbers, we could blame the employee union bosses for extracting everything they could out of the system, and most of all we could blame the politicians from both parties who enabled all of this fiscal mess to happen.  It is important to know how and why this mess was created but going forward we have to focus on solving it.

So how do we solve our financial mess?  It starts with comprehensive pension reform.  Government employees are not the enemy but there is no justification for them being granted vastly better retirement benefits than the taxpayers who are funding their pensions.  There will likely be a comprehensive pension reform initiative on the June 2012 ballot, and I fully support it.

We also need more people with a private sector background engaged in politics.  One big problem with government today is that too often job creators are viewed as nothing more than a collection of piggy banks that can be tapped any time a new program needs funding.  I have a technology research firm here in Rancho Bernardo and I think it’s time for City Hall to view the business community as partners in improving the region’s quality of life for everyone.  The businesses that thrive here do so in spite of government, certainly not because of it, and the days of government being an endless obstacle to economic vitality need to end now.

The people of the fifth City Council district do not ask too much of our government. We want good schools, clean water, safe neighborhoods and paved roads.  Fully funding basic services, however, starts by ending the chronic structural deficit that plagues the city’s budget year after year.  We must implement creative solutions that for a variety of reasons have eluded our city’s leadership.  We must fully execute the will of the voters and implement the managed competition initiative that they approved five years ago.  This will not be a panacea for all of our fiscal problems but it is one tool that we must utilize.

We also must rethink the role of government in certain aspects of the city’s operations and examine our core competencies.  Does City Hall really need to be in the business of running golf courses and airports? Similarly, for months I have been asking why both the City and County have a library system with redundant management and other non-librarian staff.  This is not a new question but it demands a reexamination and ultimately a solution.

Did you know that the City of San Diego is the third largest landholder in the region, owning more than 42,000 acres of property? Let’s set up a power purchase agreement with an outside provider to build renewable energy farms on some of that city land. It would require no capital cost, we can use our own procurement rules and conservative estimates show that we can save the city in excess of a million dollars annually.

Let’s consolidate the numerous city call centers that currently exist across multiple departments into a one-stop service center that can be efficiently operated by a private company.  This is the perfect example of the duplication, redundancy and waste in government.

Let’s pledge never to give away a public benefit without a defined return on investment for the City. This means no more ticket guarantees, no stadium giveaways, no more taxpayer-funded boondoggles.  I’m a longtime Padres and Chargers fan and have season tickets to both, and I really want the Chargers to stay in town.  However, we must find a way to do so without driving the City further down the path of insolvency.

If our biggest problem in San Diego is a second-rate government, we are actually quite fortunate.  If we don’t like our government, we can change it every two years. That requires an electorate that is engaged, that demands reform and that is willing to work together to ensure that our government serves the people, not the other way around.

That is why I am running for City Council – to represent the taxpayers of this great City. Reform is never easy but it is now essential if San Diego is going to truly live up to its reputation as America’s Finest City. Let’s fix San Diego now.  Working together, I am confident we are up to the challenge.

Mark Kersey is a candidate for San Diego City Council.  He is the founder of his own small business that conducts independent research and consulting for the telecommunications and other high-tech industries

Kersey is an alumnus of Northwestern University and the UCLA Anderson Gradate School of Management.

You can find Kersey’s campaign on the web here.