[As part of the beginning of our comprehensive coverage of the race for Mayor of San Diego, we are pleased to present this thoughtful analysis piece penned by Ryan Purdy.   Mr. Purdy was asked to do an analysis of the San Diego Mayor’s race prior to his employment with a consulting firm engaged with one of the candidates, Carl DeMaio. Our review of the article finds it to be fair and critical analysis of the candidates and prospects for the race – Flash] 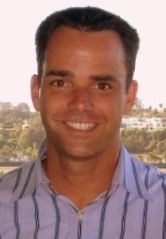 For San Diego politicos it has been a long winter (and spring) since the excitement of the November 2010 election. The excitement resumed this past weekend.

Potential mayoral candidates in the City of San Diego are rapidly becoming less coy about their plans to run, as they can now start raising money, with Sunday marking one year before the June 5, 2012 primary election.  With the safe assumption that no candidate will crack 50 percent in a wide open primary, the two biggest vote-getters will face off in November 2012 to become San Diego’s next mayor.  Here’s a look at the most talked about potential candidates:

District Attorney Bonnie Dumanis was first elected D.A. in 2002. She ran unopposed in 2010 and is seen by many as a formidable Republican. In fact, in 2010 local media outlet Voice of San Diego declared her “San Diego’s most powerful politician.”

Her D.A. office boasts a 94% conviction rate. In recent months, she has battled against former Governor Schwarzenegger’s commutation of the prison sentence of Estaban Nunez, son of former Assembly Speaker Fabian Nunez. This has heightened her profile and burnished her law and order reputation. However, Dumanis has many tough questions awaiting her, including:

Dumanis isn’t alone in banking on the continuation of San Diego’s habit of electing middle of the road Republicans as mayor. Such mayors, including outgoing Mayor Sanders, have reigned over San Diego 32 of the last 40 years. Yes, that includes the venerable former Mayor Pete Wilson, who is likely to endorse another likely Republican candidate for mayor, State Assemblyman Nathan Fletcher.

Fletcher is a young combat veteran who successfully guided Chelsea’s Law into being, putting greater restrictions on sex offenders. On fiscal issues, he did tepidly oppose the Prop D sales tax measure in 2010 and has voiced support for pension reform. However, he has not clarified whether he believes public safety employees should be subject to the reforms as well, as firefighters are in the CPR initiative.

Fletcher is also known for the “midnight deal” passed in the legislature to remove the limit on revenues collected through downtown redevelopment.  This paves the way for paying for a new downtown Stadium for the Chargers. If Fletcher continues on the path as a triangulating Republican, this midnight maneuvering doesn’t hurt him with his intended audience.  Some establishment folks on both sides of the aisle think it’s about time that San Diego played some big city politics at the state level, like Los Angeles and San Francisco have for time immemorial.  However, if he tries to take on a reformer mantle, this midnight deal could haunt him. Reformers are usually reputed for fiscal purity, not perceived fiscal shenanigans.

Councilmember Carl DeMaio is a businessman by trade. He has made the city’s finances generally – and pension reform specifically – hot topics in San Diego.  DeMaio led the “reform before revenue” fight against Proposition D, with the tax increase ultimately losing 38 to 62 percent.  Prop D lost in all eight San Diego city council districts, showing his message has resonance in some unexpected geographic areas. His 90-page “Roadmap to Recovery” emphasizes pension reform, managed competition, and streamlining government. Having a plan provides him with a weapon, while also giving opponents a fixed target.

Challenges for DeMaio include:

All three now-declared Republican candidates have appealing brands. Dumanis’ popular brand of law and order typically carries great weight.  Fletcher’s brand is a combination of combat veteran – a significant positive in San Diego – and an appeal to “soccer moms” as well as law and order through Chelsea’s Law.  DeMaio’s brand is fiscal and government reform, acutely on the radar at this point in time.

Whether the historically positive crime fighter and military brands resonate as much during a fiscal crisis, when at every turn the city feels and sees its financial straits, remains to be seen.

A quick take on Republican Coucilmember Kevin Faulconer:  If he runs, it’s hard to discern what would make his brand distinct. He has some fiscal reform credentials in opposing Prop D, and in supporting the final language of the CPR initiative. However, he is demonstrably tacking back to the center.  For example, he showed his downtown/coastal Republican credentials last month by voting for the city retiree health care deal that reduced the city’s liability by significantly less than taxpayer advocates would have liked.  At the end of the day, Faulconer, Dumanis and Fletcher would all be vying for many of the same coastal/downtown Republicans in a primary.

As for the Democrats, it looks like State Senator Christine Kehoe is going to enter the race.  She is a big government liberal. The public employee unions and their monies will flock to her.  Her infamous 1996 vote to underfund the city’s pension system will nag at her, but is unlikely to erode her base in the primary… unless another Democrat like Congressman Bob Filner enters the fray and makes it an issue. In a primary with no other Democrat, she only needs to appeal to her liberal/union base to finish in the top two. Between Filner and Kehoe, I see Filner pushing past Kehoe the way he pushed past airport security at Dulles airport in 2007.  Former City Councilmember Filner hasn’t been a strictly local politician since 1992. However he speaks at labor rallies (taking care of the base) and chaired the House Veterans Affairs Committee for four years (an appeal outside of his natural base).

Local politics usually boil down to private and public employee unions versus business and taxpayer advocates. Assuming the CPR initiative makes it to the ballot June 2012, it’s sure to become a nationally recognized and disputed initiative.  It will make the contrast between unions and reformers even more stark. Come June 2012, the electorate is quite likely to opt for the ultimate mayoral showdown between these movements and ideas, by pitting the candidate perceived to be the most supportive of fiscal reform against Filner or Kehoe in November.

Ryan Purdy is a consultant with Golden State Consultants, LLC, a political and non-profit fundraising and strategies company.