The statutory remedy for most common “Brown Act” open meeting violations is a simple “do-over” of the meeting in public.  But if the government agency won’t acknowledge a violation, another feature of the Brown Act is that if you have to take them to court to prove the violation, and you win, a judge can order the “do-over” and you can get an award of attorneys fees for your trouble of having to bring the case.  Or the DA can self-institute a criminal proceeding.  I know a little about the Brown Act – I won a two-day trial against the Mission Viejo City Council years ago for clients for Brown Act violations the City would not acknowledge, and I won a contested attorney fee award, too.  I also sued the Capistrano Unified School District a few years ago for a client on a Brown Act violation claim, held a deposition and did other discovery to prove the case, and was able to settle the case out of court, winning a court-approved stipulation agreement that Capo would record closed session meetings for a certain time period.  I also was awarded attorney fees in that case.  In those two cases, if the government agency had just admitted the violation up-front, and did a “do-over,” I would not have had a case, and would not have been awarded attorneys fees.

Successive new boards of trustees at Capo Unified have had continued problems following the Brown Act perfectly at that contentious south Orange County school district.  Last December, brand new and otherwise well-meaning members of that Board of Trustees goofed by discussing an item in closed session that wasn’t on the agenda, and they goofed again by privately discussing during a break, an item on the public agenda at a March open meeting.  A trial lawyer with a personal ax to grind in the district, Craig Alexander, brought these discrepancies to the attention of the Board and the District Attorney’s office in a short written letter.  The DA, who admonished the Board publicly after my lawsuit against Capo a few years ago and who rightfully required Capo to agree to not violate the Act in future, generally agreed with Alexander’s analysis and wrote a new letter back to the Capo Trustees.  It stated that while there was no sufficient evidence of any serious (criminal) Brown Act violations, and that it did not intend to open an investigation if the district would recognize the problems, the actions the new Trustees did take “constitute a pattern of conduct which is similar to past violations” and they needed to acknowledge the problem and “re-do” the two items for any actions to be fully legal under the Brown Act.  The Board of Trustees is complying with the DA’s request and presumably everyone involved is now trying really hard to learn about and not violate the Brown Act.  There is no court case, and no open DA investigation.

One would think that would be the end of the story, however, it isn’t.  Now the trial lawyer, Craig Alexander, who wrote the short letter to the Board and the DA outlining the two noncriminal and frankly relatively minor violations by brand new trustees, wants his attorney fees from the public treasury, and an eye-brow raising lot of them, around $15,000 so far, and at a fairly steep hourly rate of $325.  The lawyer’s claims for public monies are not based on any “statutory right,” and come on the heels of a double-dip recession when many lawyers are finding themselves out of work and looking for clever ways to make ends meet.  For his claimed fees, the lawyer didn’t prepare or file any lawsuit, didn’t go to court, and didn’t conduct any discovery proceedings.  The heavy lifting on Capo and the Brown Act had already been done years before by other attorneys.  Really, the only evident piece of legal work produced was one short letter.  But taxpayers and Capo Trustees are being asked to approve paying out a $15,000 jackpot to the lawyer at an agendized public meeting on June 13, next Monday night, under the guise of being privately “retained” by two of the seven members of the Board.  And it appears the lawyer is seeking some sort of “open-ended” representation agreement to keep the $325 per hour public agency legal advice spigot open and freely flowing.  It is all a really bad deal for taxpayers.

Capo trustees should not violate the Brown Act.  However, they also should not allow themselves and the taxpayers to be “shaken down” by lawyers while trying to comply with it.  Too much money is wasted already on expensive “legal advice” in our state’s failed and broken down school system.  It is therefore fair game for the Capo trustees to ask themselves, just as a judge would in a Brown Act litigation, if paying $325 an hour for public agency legal advice on the Brown Act is reasonable.  The way a judge would start to consider reasonability of the hourly fee would be through comparing the fee to what other lawyers are actually paid for the same service.  (Most public agency attorneys, well skilled in the Brown Act, contract for about $200-$225 an hour).  A judge would consider the actual work experience of the attorney, their seniority, the nature of their legal practice.  A judge would inquire as to what actual services were actually provided by the attorney (litigation is more intense than “arm chair” advice), the relative special skills and experience of the attorney (are they experts, have they ever handled a Brown Act case before or is this a “first-timer,” whose skill set would demand a lower hourly rate?), and what type of practice the attorney has (does the attorney work in a big formal office or at home and have lower overhead than other lawyers?).  All these factors would be considered in establishing what is called the proper “lodestar” or hourly rate.  A judge would also carefully review actual time sheets for services provided to make certain that hours claimed were not “padded” with excessive or unreasonable claims of time spent on the project.

In their recent letter to the Capo Trustees, the District Attorney’s office expressed concern for “avoiding undue expense to the public, whose taxes support both the School District and the District Attorney’s office…” in complying with the Brown Act.  The District Attorney does not endorse making excessive payments to lawyers in order to comply with open meeting rules.  In other words, being good stewards of public monies and complying with the Brown Act is essential — but allowing taxpayers to be ripped off under the guise of “open meetings” is not.  All seven members of the Capo Board of Trustees should feel embarrassed by Brown Act violation claims, but they all should also feel empowered by its taxpayers to make inquiries and challenge every potentially excessive legal bill it is presented with, including one for Brown Act compliance. 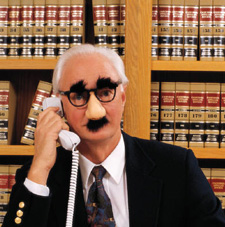