With each passing day, it is becoming more and more clear that the California Redistricting Commission, despite being given strict criteria under Propositions 11 and 20, by which to draw new BOE, House, State Senate and State Assembly lines, is pursuing its own agenda.  We have all watched with gross fascination as a few strong liberal members of the Commission have become the dominating factor in virtually every decision, from the critical early decisions such as choosing a consultant to draw maps — to decisions now about the details on the maps themselves. 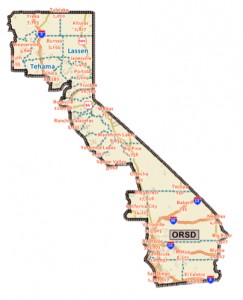 So it comes as no surprise to learn of the formation of a new group called FAIR, which stands for Fairness & Accountability in Redistricting.  This group, with significant ties to both Washington, D.C., and to some major political donors, has been filed to begin the preparations for a referendum campaign on the Commission’s final new districts.  This group is an umbrella organization that is looking at all four sets of maps being drawn — the way the initiatives were crafted, it is separate process to referend each set of maps.

From the final date the maps are approved, August 15, FAIR will have 90 days to gather signatures. 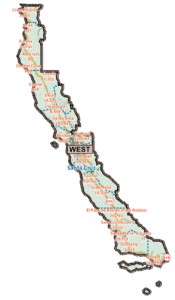 Draft BOE Seat Stretching Down Hundreds of Miles Of The Coast

They will need 504,760 valid signatures for each of the (up to) four types of petition — so they will need to collect around  700,000 raw signatures for each of the petitions to have a safe cushion.  Once these signatures are verified, the maps drawn by this commission are on hold until after the June, 2012 election.  The State Supreme Court would have to retain special masters to quickly draw lines for 2012.  It will then be up to the voters to decide whether they prefer the commission lines, or those approved by the judges.  Depending on how the vote goes, that will say which set of lines are used from 2014 through the rest of the decade.

Well placed and well respected Republican political consultant Dave Gilliard, who involved with the FAIR effort, told me, “We will be ready to launch a referendum campaign the day the maps are adopted should this commission produce a partisan, gerrymandered plan that ignores the criteria of Propositions 11 and 20.”

The bottom line here — is that this is very real, and a very potential outcome due to the outrageous way that the Redistricting Commission is handling its job, and inserting their own criteria for drawing maps rather than using the priorities set out in the ballot measures that created the commission.

On a closing note, as an example to all of the kind of crazy gerrymandering that is taking place, I have placed to either side of this posting two of the four Board of Equalization draft visualizations.  These are for real — they have taken a state which is already geographically vertical, and drawn vertical districts on top of that.  I will let you conclude for yourself what common “community of interest” joins Californians along the Oregon border, and those along our border with Mexico, who are unbelievably drawn into the same BOE seat…