Scott Hounsell: The Fact Is, Councilman Krekorian, YOU are to blame…

[Publisher’s Note: We are pleased to present this guest column from FR friend Scott Hounsell… Flash] 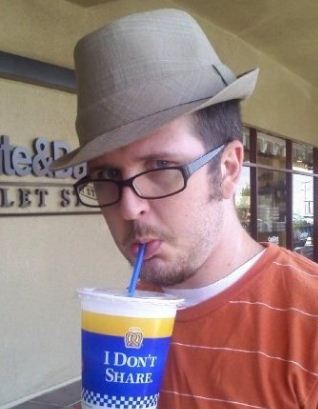 THE FACT IS, COUNCILMAN KREKORIAN, YOU ARE TO BLAME…
By Scott Hounsell

Governor Mitt Romney made a stop in Los Angeles today, speaking from an empty, abandoned shopping center in North Hollywood, about the failures of the current administration and its effect on the economy nationwide.   With poise and ease he was able to field the questions from the media, which were fastball questions aimed at putting the Governor on the spot.  With direct answers and poignant incite, he responded leaving the media with little need to follow up to questions.

Immediately after the Governor had concluded, Los Angeles City Councilman Paul Krekorian stepped in front of the cameras to rebut the Governor’s remarks and to take offense to  Romney’s  used of his district as a backdrop to failure.  As with most other Democrats , the Councilman’s finger immediately pointed at previous administrations and their responsibility for our current predicament.  Throughout his various media interviews, Krekorian blamed the Bush Administration, our former Governors, and other republicans for failures inside California. When asked direct questions by the media, Krekorian chose instead to beat around the bush and ignore the question.   Repeating “the fact is” several times throughout, Krekorian insisted they are to blame.

Well Councilman, “The fact is,” who is really to blame for California’s failed economy?   Which party has been in control of the Legislature?  Better yet, who was the Assistant Speaker for that Party from 2006 -2010?  That would be you Councilman.  What state has been voted by 500 CEOs as the worst state to do business in?  California.  Their reasons?  “It’s expensive, it’s hostile to business and environmental regulations are more of a drag on business than protecting the environment.”  Interesting.

“The fact is” Mr. Councilman that you introduced more legislation in your first year  in the assembly than any other legislator.  You introduced business killing, environmental regulations and helped to raise corporate taxes that drove business from the state.  Not only that, you are proud of it.

“The fact is” Paul, that during your tenure with the California State Assembly, the Unemployment rate rose from 4.9% to 12.3% statewide.  The legislature, which you were a part of and proudly a leader, failed to deliver a balanced budget EVERY year you were in the Assembly.

“The fact is” Paul that the foreclosure rate in California is third highest in the nation, and Los Angeles is among the top Cities in the country with the highest foreclosure rates.  While you were so busy in the Assembly working on the environment, where was the leadership and drive to fix the plight of homeowners across our state?

Simply put Mr. Krekorian, who holds the majority of the blame for our current fiasco?  The Bush Administration or you and the rest of the Democrat leadership of our city and state?  You stand before the media today explaining how you take exception to Governor Romney’s use of your area, yet it is your area of stewardship.  The only reason why you did not like it is because it highlighted your failures.  Failures as an Assemblyman and now failures as a Los Angeles City Councilman.  The old adage of “the guilty take the truth to be hard” really shows in how quickly you were there to rebut Governor Romney.  “The fact is” Mr. Councilman, I would never expect you to acknowledge your failures.  After all, that would be the responsible thing to do, and when it comes to democrats, responsibility is Kryptonite.

One Response to “Scott Hounsell: The Fact Is, Councilman Krekorian, YOU are to blame…”