Today, economic issues dominate the scene in America. We have record-breaking, unsustainable deficits and face credit downgrades and a looming debt crisis. We are supposedly in the middle of economic recovery, but no one can really feel it. Unemployment is stubbornly high and shows no signs of coming down any time soon. Inflation is now running over 3%, which is relatively low, but since savings accounts pay essentially nothing, the wealth of Americans is being eroded. Europe and, yes, even China have economic challenges. Decisions about issues as diverse as national defense, the environment and immigration are all now impacted by the economic prospects and our current fiscal situation.

President Obama has been the major contributor to these problems. He has massively grown spending, deficits and debt in a misguided and failed Keynesian attempt to fix the economy. His strong and very liberal ideology continues to churn out job-killing policies in the areas of health care, energy, finance and manufacturing. He claims to love the jobs created by these industries, but his administration does whatever it can to restrict the products that these industries make and to punish those who would invest in them. And, his lack of competence and experience in matters of governance and the economy further hurt job creation and add to the uncertainty and the feeling out there that we are without direction and with little hope for the future.

“Hope and change” has failed. We need to change again. But, to whom? 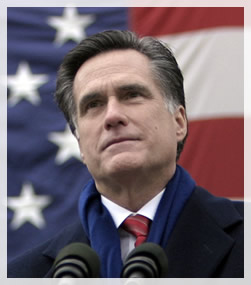 That’s why I am strongly supporting Governor Mitt Romney for President.

There is NO ONE running for president who understands economics and the way jobs are created like Governor Romney. And, it’s not even close. He has executive experience both running Bain Capital in the private sector and the state of Massachusetts in the public sector. And, he did well in both, even in spite of a legislature overwhelmingly controlled by Democrats in the latter. No on-the-job training needed for this guy. The problems of our economy are diverse and complex, and there is no one, single solution to solve them all. Housing, energy, manufacturing, health care, you name it. You can’t solve them all with the same medicine. Romney understands that. He is smart. Very smart. Some people think he’s not conservative. He is. I don’t have that concern. That is the basis of his thinking.

I think Mitt Romney is far and away our best chance at accomplishing these goals in the coming 4 years. He will lead. He will solve problems. He can achieve the consensus to make things happen. His administration will work. He is the competent, proven conservative in the race.

Please join me in supporting Mitt Romney for President.

3 Responses to “We Need Mitt”