We are pleased to present this guest column… 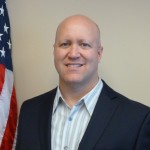 I love “The Big Lebowski.”  It’s a great film starring Jeff Bridges as the lazy “Dude” on an amazing bowling alley filled adventure to save a kidnapped victim by delivering a ransom to a group of German nihilist kidnappers who as their nihilist philosophy dictates, believe in “nothing.”

After moving to Washington, DC last year I still enjoy reading Flashreport so I can keep up with all things political in my home state.  Unfortunately, I have to read another story of how weak kneed Republican do-gooders feel that being a party of meekness assures electoral victory.

Here’s a little history for my friends who will be asked to approve a new CRP platform:

Proposition 227 which gave parents the option of choosing a bilingual curriculum for their children in California’s public schools passed with 61% of voters in support.  Prop 227’s campaign battled charges of racism and xenophobia and successfully rallied grassroots support from California’s Hispanic populations to secure such a large margin of victory.  When Spanish speaking Californians helped pass Prop 227, Republicans woke up, albeit temporarily, and understood the pathway to reach the Hispanic population is by offering prosperity, not pandering.

Why did the Spanish speaking population so strongly support English in the Classroom?  As Samuel Huntington states in his study of American culture Who are We, “[Hispanic] Parents do not want their children working in sweatshops or cleaning downtown office buildings when they grow up.  They want them to get into Harvard and Stanford, and that won’t happen unless they are truly fluent and literate in English.”

The pathway to prosperity in America begins by assimilating and by speaking English.  There is absolutely nothing wrong with being bilingual.  The fault of being monolingual when that single language is not English continues the generational spiral of poverty and dependence on government entitlement programs that are crushing our economy.  Non-English speaking populations are relegated to menial labor or “back of the restaurant” jobs instead of attending college and running successful businesses.

Dave Louden is Executive Director of ProEnglish, the nation’s leading advocate of official English based in Arlington, VA.  Prior to joining ProEnglish, Dave served as Chief of Staff to Assemblyman Alan Nakanishi and Senator Mark Wyland as well as managing political campaigns for now-Congressman Tom McClintock.

One Response to “Louden: CRP Should Think Twice Before Abandoning Official English”