Sometimes it is a royal pain to write about proposed bills sailing through the Democrat-controlled legislature because they are so convoluted that it takes a lot more space to explain the legislation than the time it would take to opine about it.  That having been said, this is definitely the “silly season” in the Capitol, where hundreds  upon hundreds of bills, largely ranging from bad to extraordinarily terrible are winding their way to the Governor’s desk.  With the exception of an occasional bad bill authored by a Republican, the only bills authored by GOPers that are still in the hunt now are either very small in their scope or impact, a study, moving the boundary of a local sewage district, a new commemorative license plate, or perhaps a resolution honoring someone for something.  Any attempt by a Republican to substantively reduce the size or scope of California’s government died an unceremonious death long ago.

This time of year my email in box is flooded with example after example of egregious bills.  My eyes seriously start to glaze over – and I think to myself, “We SO need a part-time legislature.”

One of the many suggested bills that I reviewed is Assembly Bill 1215 (Bloomfield). The stated goal of this bill seems well and good – right now when you buy a car, you MAY electronically register it right on the spot.  But you may choose NOT to, in which case you have to separately register the car with the Department of Motor Vehicles directly.  Apparently the electronic registration at the point of sale is quicker, and less costly to the state – and there is a backlog of registrations to be processed from those that choose to mail in their registrations.  This bill would basically require all new car purchases and leases to electronically register at the point of sale.  With used car sales, it is still optional.

The legislation significantly raises government mandated fees (relatively) and also then allows for a ratcheting up of those fees (with a cap) without a future vote of the legislature.

First and foremost, in this blogger’s humble opinion, it is never a good idea to create any fee or any tax that has the ability to be increased automatically without another vote of the legislature being required.  For that important point of principle alone, there is a problem with this current bill language.

But the most astounding part of AB 1215 is that while it raises the government fee on the purchase or lease of an automobile, the legislation expressly forbids a dealer from, “representing the charge as a governmental fee.”  In fact, it goes so far as to strip the word “fee” from the description of the “fee” altogether. 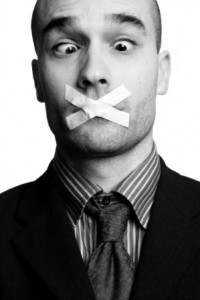 Seriously.   Lest you think I jest, this is from the online analysis of this bill: (underline added by me)

This bill would change the name of the document preparation fee to the “document processing charge” and expressly authorize dealers to charge a purchaser or lessee the charge.  This bill would state that the document processing charge is “for preparation and processing of documents, disclosures, and titling, registration, and information security obligations imposed by state and federal law” and prohibit a dealer from representing the charge as a governmental fee.

This alone should make this legislation worthy of one of our Golden Trashcan awards.  But then there is the part of the legislation that totally screws CarFax.com and their competitors.  Separate from the part of the bill I reference above, with the laudable goal of creating savings and efficiency by having cars registered at the time of purchase, another part of the legislation requires a dealer that is selling a used car to run a history report on the vehicle and if there are past issues (accidents and such), the bill is very clear on the required disclosure to a buyer.

As always, the proverbial devil is in the details.  This legislation REQUIRES that dealers must order up a history report on an automobile through the National Motor Vehicle Title Information System (TMVTIS)—which is a database maintained by the U.S. Department of Justice.

The reality is that there are private sector “vehicle history” services that have more data available – such as CarFax.com and Experian Auto Check, to name just two.  Right now, without the mandate, most used car dealers pull up histories on the cars they purchase – and a great many of them use private sector providers.

If this bill becomes law, it will have the effect of shutting these companies out of the marketplace.  While it is true that nothing would keep a dealer from purchasing say a CarFax.com report on a car, this would have to be in addition to the TMVTIS report that they are mandated to purchase.  Who is going to order two reports?

Clearly this legislation needs some work.  But, as always, the system is broken in the Capitol.  This bill is off to the Senate floor having already passed the Assembly (with overwhelming bi-partisan support, leaving me wondering if the internal Republican analysis of the bill overlooked these points), and enjoying bi-partisan support in Senate Committees.

Well, it’s never too late we say.  So we would encourage responsible State Senators to insist on amendments to AB 1215 – we would recommend three:  1) Eliminate the automatic ratcheting up of fees without a future vote of the legislature, 2) Get rid of the ridiculous mandate that government fees cannot be called government fees, and, 3) Allow used car deals to pull up the TMVTIS report, or a comparable report produced in the private sector.

Without all of these changes, we urge the Senate to reject the bill, and if bill is passed as is, we encourage Governor Brown to apply swift veto.

I will leave you with this sobering thought.  This is just one of a pile of bills coursing through the legislature.  And in the scheme of things, this is just a bad bill (without amendments).  There are a lot of others that are far worse.