The latest move by liberal Democrats to disenfranchise Californians from their right to petition government is a move acknowledged by State Senate leader Darrell Steinberg that would push all such initiatives off the June 2012 ballot and consolidate them on the November ballot. And what reporters like Dan Walters are missing in their pieces on this last minute sneak attack on the franchise in the Legislature is what the November 2012 ballot would actually look like if Steinberg is successful. Ugly is the word, and according to most people who study the relationship between ballot size and voting, the result will be less public participation and significant voter “fall off” from voting. 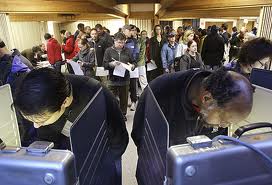 This is because every scientific study that exists of voter attitudes demonstrates that the more information that is placed into voter pamphlets and the longer the ballot becomes by adding more measures, the more confused voters become about voting. The shear tedium of working through pages and pages of ballot information causes many voters to just give up and not vote. Thus, splitting initiatives into two segments for voter consideration not only gives the voter a little less information to process, it actually increases the likelihood that a voter will participate in the election. Shouldn’t the Legislature be defending processes that account for more voter participation, not less?

Currently there are three measures certified for the June ballot and one for the November ballot. Add to that 17 measures in general circulation for signatures for both ballots and 16 additional measures now pending so-called “title and summary” from the Attorney General’s office to entitle them to go into general circulation. If all those measures become qualified (unlikely, but consider there are even more measures in preparation) we could at the extreme have a situation where the November ballot would have near 40 statewide measures on one ballot, not including additional local measures at all levels of government and then all the candidate elections. If the liberal Democrats promoting this consolidation have their way, the voter pamphlets sent out by county registrars before the ballot to inform voters of its contents would be the size of a King James Bible, and the typical voter would have to spend about 15 minutes in the voter booth. Imagine the lines of people waiting to vote under those circumstances! People would literally give up on election day voting, and they would surely need an extra stamp or two to send back huge “vote by mail” ballots. The result would be something like a “Hurricane Katrina” at the polls and Democrats would get all the blame. 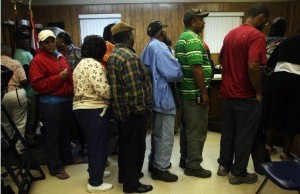 Steinberg and his colleagues have enough brewing in the Legislature that challenges our state’s initiative process. This is one that they ought to stick into the trash because it will surely bite back at them.