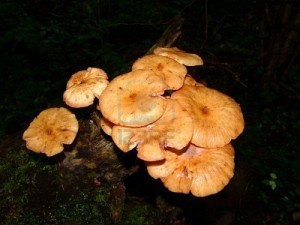 UPDATE: 1AM SATURDAY MORNING
As expected, on a party-line vote the State Senate and State Assembly rammed this terrible legislation through the legislature in the dead of night, and it now sits on Governor Brown’s desk…

Original Post
The most egregious “gut and amend” mushroom bill of the day will most definitely be SB 202.  This morning language has magically appeared that would take this formally dead bill and rework it to now contain language prohibiting ballot measures from appearing on the June ballot going forward.  This of course is a highly partisan power-play because the Democrats and their union-overlords are unhappy with the particular politics of the June 2010 ballot.  There is no “good government” going on here — no doubt if a June ballot favors the unions, they will just as quickly return measures to June.

This legislation should be opposed both because of the egregious gut and amend job, but even more so because the idea of manipulating the election process to produce desired election outcomes, while Machiavellian, is immoral — it’s just wrong.

Oh yes, speaking of wrong.  Senate President Steinberg and Assembly Speaker Perez, as part of the 2010 Budget deal, agree to placing a modest spending control measure (ACA 4) on the June 2012 ballot.  Obviously they couldn’t leave that on the June ballot — as their scheme doesn’t allow for that.  But in a classic case of over-reach, the language in SB 202 actually pushes the vote on ACA 4 out to November of 2014!  I can understand it if Governor Brown doesn’t feel like he needs to “honor” budget deals made before he arrived on the scene — but you would think that Steinberg and Perez would keep their own promises.  Truly there is no honor among thieves.