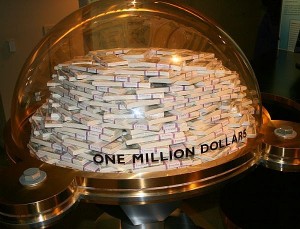 Our sources have confirmed that this week the California Republican Party has received over a million dollars in donations that will be used to super-charge the signature gathering process to refer to the voters the State Senate lines drawn by the California Redistricting Commission.   This is not “committed” funding — we have confirmed that these donations have already been put into the party’s bank account.  With this significant amount of recent funding, along with funds already raised and commitments forthcoming, I would guess that the referendum effort is probably just a few hundred thousand dollars away from securing all of the necessary funds to gather the 800,000 or so signatures they will need to turn in.

Up to this point, I have encountered general cynicism from most of the Sacramento political class about the chances of the referendum on the lines qualifying for the ballot.  This goes to show you that nothing is impossible in politics.

For those who have not been following this issue closely, I have written about it here and here.  As I have said, I do not believe that it is possible to maintain the one-third plus one block on tax increases in the State Senate under the lines approved by the Commission.   State Senator Mimi Walters, who has been going “point” for Senate Republicans, has written on the matter over at the California Political Review website here.