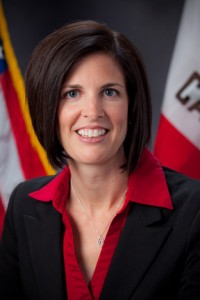 What started as a dispute on Twitter has now escalated into a full-on political battle between one of the legislature’s most liberal members and one of its most conservative.  In her inaugural tweet, newcomer to Twitter Assemblywoman Kristin Olsen of Modesto, a Republican, tweeted that she was proud was the only one in the 80-member Assembly to score a perfect zero from the Sierra Club (an achievement of which any rational personal can be proud, as the Sierra Club is an extremely liberal group).  It didn’t take long for the Adam Keigwin, Chief of Staff to one of the legislature’s most liberal members, Senator Leland Yee of San Francisco, to harass Olsen on Twitter because of her tweet.  Yee recently was the recipient of the California Sierra Club’s coveted Phil Burton Treehugger Award. 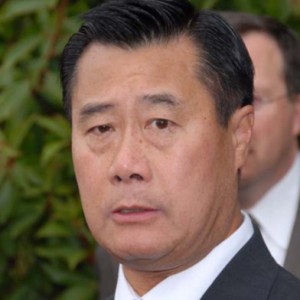 Apparently Assemblywoman Olsen then attempted to get a hold of Senator Yee directly, by calling his cell phone, to discuss things.  Alas, Yee must have been too busy speaking to the #OCCUPYSF rally to return her call.  She is still waiting for a call.

“I placed a call into Senator Yee cell phone, and got his voice mail.  So I left a message, but I am still waiting to hear back,” Assemblywoman Olsen told me this morning.

The GOP Assemblywoman has notched up her efforts to get the Senator’s attention.  Yee is running for Mayor of San Francisco, and while there are not enough Republicans in the city to elect a GOPer to office, they are certainly an “interest group” with many voters.  Since there is no Republican running for Mayor (moderate Tony Hall sounds fiscally conservative, but is a Decline-To-State voter), one has to figure that Republicans are left trying to figure out for whom to cast their vote…

Olsen has placed thousands of “robo-calls” into Republican households in San Francisco, blasting Yee, and encouraging GOPers not to cast a vote for him.

You can hear the robocall here.  In it she shares that Leland Yee refuses to release the details of his legislative office budget while she has fully disclosed hers.

If I were Yee, it might be worth returning Olsen’s call.  I suspect that if Olsen were to broaden her calls to all SF voters, that none of them will be particularly enamored with Yee’s poor record on transparency.

For our part, we give Olsen a FlashReport Moxie Award for taking it to Yee on his home turf.