Elena Miller, who was named Director of the state’s Department of Oil, Gas and Geothermal Resources (DOGGR) two years ago by former Governor Arnold Schwarzenegger apparently had been too busy to attend meetings related to California’s oil and gas producers whom she is tasked with the job of regulating.  That may be one reason why Governor Brown has decided that the position needs a change of direction.  Miller’s boss, Acting Department of Conservation Director Derek Chernow was also shown the door yesterday.  Evan Westrup, a spokesman for Governor Brown confirmed for the Bakersfield Californian, “Both appointees served at the pleasure of the governor and were thanked for their service this evening.” 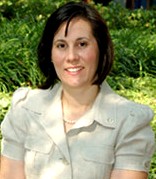 Miller, often called an inexperienced bureaucrat, was accused of snubbing the very industry she was charged with regulating, and withholding approval of many oil field projects necessary to California that would have led to the creation of jobs and tax revenue that California – and in particular Kern County with over 15% unemployment sorely needs.  These types of projects had been approved routinely in the past under both Republican and Democrat administrations.

State oil regulators acknowledged a slowdown in project approvals, but blamed a combination of staffing limitations, complex engineering issues and the need to follow state and federal laws protecting California drinking water, even though most of the projects would not have impacted available drinking water supplies.

After the September 2009 arrival of Miller, industry representatives complained that not only had much of the local decision making been replaced with bureaucratic decisions from far away in the state’s Capitol, but that the division refused to issue formal rejections, removing opportunities for oil companies to appeal and stymying routine projects that would put people and capital to work.

Miller was AWOL at important meetings between the regulatory community and industry designed to find common ground and solutions to problems.  An outward indication of her often dismissive attitude.

One of the most recent, extreme examples of Miller’s intention to work to create problems rather than working to fix them, is reflected in recent news reports mentioning  Chevron and TRC Operating Company who have been working together on well-by-well testing to prevent a repeat of a tragic incident in which a Chevron employee was killed after a surface expression [steam injected into an oil well coming to the surface].

Despite their pleas and the considerable resources these companies committed to fixing the issues leading up to the incident and then to resume production, Miller was unwilling to work with these companies, provide direction or any indication that she intended to act until pushed to do so by some external force. Instead she acted like a deer in the headlights, paralyzed and unable to respond.  And while the facts of other unrelated stories and incidents I was told about were different, Millers response to each was similar.

Before Miller’s arrival, oil producers were allowed to draft and build consensus to problems that arose.  This collaborative environment evaporated during the Miller regime.

DOGGR staff blamed complex engineering issues, staffing limitations, and regulations requiring safe drinking water in the state – even though strict rules for protecting drinking water supplies have been in use for decades.

“The specific activities at issue, underground injection projects, involve pumping nonlethal fluids into new or existing oil fields. Sometimes these projects re-inject substances that already exist underground, such as water or hydrogen sulfide that come up during the oil production process. Other underground injection projects introduce steam and other materials that make oil easier to draw up from below,” the Bakersfield Californian reported.

Whatever your perspective, in a relatively short span of two years the DOGGR went from a tough but fair regulatory agency with a decentralized enforcement structure to a top down agency where very little discretion was given to local supervisors who know the lay of the land and understand unique political and geographical peculiarities in each region.

Many oil, gas and geothermal company executives criticized Miller’s inconsistent approach in what her agency required from them to complete a project but few would go on the record with that criticism for fear of a heavyhanded response.

“The governor needs to replace her with somebody who understands the oil industry,” Grove said in a recent news story. Grove represents the 32nd district covering Bakersfield, Frazier Park, Kern River Valley, Ridgecrest,Taft, and Tehachapi — home to many independent oil producers.

With Senator Michael Rubio also raising concerns about Millers’ performance, there was bipartisan agreement that something had to be done.  Legislators from both parties have said that oil producers deserve to know how long the review process will take, and that more control should be given to local agency staff more familiar with projects, something that Miller was unwilling or unable to do.

Governor Brown was smart enough to clean up the mess he inherited from Governor Schwarzenegger.  As much as Democrats love to tout green jobs, they refuse to acknowledge publicly that traditional sectors like oil and gas companies that are actually hiring people and paying taxes – unlike Solyndra and others who can’t even survive with massive taxpayer subsidies.

Speaking of cleaning up the mess, it’s probably worth mentioning that we hear that DOGGR’s Chief Deputy Supervisor, Rob Habel, almost got voted off the island as well, as someone who was very closely aligned with Miller. Habel apparently picked an ill-advised fight with Senator Rubio over a bill the Senator authored to resolve a DOGGR permitting problem.  Clearly Habel is not a rocket scientist — antagonizing a member of the Senate Budget Committee determines your agency’s budget, and who is close to the Governor… He’ll now have to deal with the fact that the administration is keeping a close eye on him.

According to our well-placed sources, no candidates to fill these positions have been identified thus far — but one would hope that they will eventually be filled with people that have both the necessary technical expertise, and a frame of mind to actually work towards job creation.

I will close by doing something I don’t do often — agreeing with a Democrat.  Central Valley Senator Rubio, in a statement put out after the news of the personnel changes referred to them as, “…a critical first step.”

Rubio has that right.