As a matter of practical math, currently public employee total compensation (salary, benefits, retirement benefits) are unsustainable.  If you look all around California, you start to see more and more examples of local governments who are looking at drastic cuts in basic services as personnel cots — especially on the public safety side — gobble up an ever-increasing portion of government budgets.  Given the kinds of cuts that are taking place in the state budget, it is clear that money that could be used for services instead is going to increase the membership of the $100,000+ annual pension club.  Perhaps the most sobering reality out there is that despite the ever-increasing amounts of funds being allocated to fund employee compensation, there is a still a vast unfunded liability that a Stanford University study pegs high as 500 billion dollars.  While these are large numbers, I cannot imagine that anyone is surprised.  We have a system where vast numbers of government employees are retiring as early as 50 years of age and then being paid at full-time employee salary levels for the rest of their lives.  Seriously.

Today, Los Angeles Times columnist George Skelton talks about the legal questions that surround whether or not a public employee’s retirement benefits can be reduced for existing years of service once they have been retired.  This is a critical question because that half a trillion dollar unfunded liability is not reduced by simply reducing benefits for new-hires — the only way that number is reduced is by acknowledging that we cannot afford these benefit levels for existing employees, and reducing them.  Clearly the courts will have to resolve the question about whether and how the benefits of existing employees can either be reduced, or how existing employees can be made to fund all of more of their benefits from their existing salaries.  It is significant to note that Governor Brown, elected with financial largesse from public employee unions, leaves the issue of the unfunded pension liabilities largely untouched (the most generous analysis has his plan addressing less than 5% of the problem). 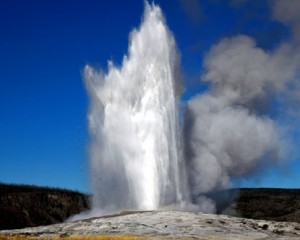 One thing that is very clear, however, is that an existing employees can voluntarily reduce their benefits on their own.  Right now if I am a local or state government employee, it might be time to start thinking about doing just that.  It doesn’t take a rocket scientist to figure out that if you cannot reduce the compensation of existing employees to resolve this unfunded liability question, and it is untenable to raise taxes on everyone else in a bad economy to make up this obligation (raising taxes would actually hurt economic recovery, but that’s for a different column), that if public sector workers don’t figure out how much they cost taxpayers, that we are going to see a big trend towards terminating unaffordable current government employees in order to hire new ones at reduced benefit levels, or in favor of outsourcing.

While government employees ponder this quagmire in which they find themselves, their unions bosses will simply dream up more state laws that they can pass that reduce the flexibility of local and state government officials to reduce their unfunded pension liabilities.  I can actually imagine Democrats passing a law making it illegal for a state employee to voluntarily, individually, take a reduction or restructuring of their retirement benefits.

But the laws of physics will work against them.  Imagine trying to cork the Old Faithful geyser in Yellowstone National Park.  Sure, you can put a cork in it — but eventually the pressure will build to a point were the cork will blow out, or a new geyser will form nearly to relieve the pressure.