Gallegly To Retire From Congress; Strickland To Run

Early this morning the FlashReport broke the news via Twitter that long-serving Republican Congressman Elton Gallegly will not seek reelection this year to Congress.  The Congressman told a small group of donors last night.  Subsequent to our tweet, the Congressman released a formal statement confirming his decision to retire. 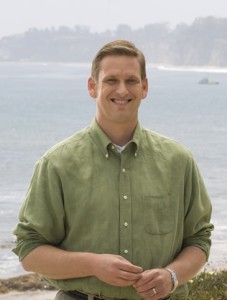 After redistricting, Congressman Gallegly found himself gerrymandered into the same district as neighboring Republican Howard “Buck” McKeon.  The popular McKeon serves as Chairman of the the influential House Armed Services Committee.  For some time, Gallegly was making noises that he might run, though McKeon currently represents the vast majority of the new seat.   Gallegly would have been an underdog in that fight.   There was talk that Gallegly might run for a neighboring new seat that is very competitive.  Though many doubted whether Gallegly, who hasn’t had to mount a serious campaign for re-election in Congress – ever — would have had the gusto to go through a knock-down campaign.

Gallegly’s announcement sets the table for State Senator Tony Strickland to run for that open competitive seat that is based in Ventura County and overlaps a big swath of territory currently represented by Strickland.  Strickland is a tough campaigner and will not be easy to beat in that seat.  I spoke to source very close to Strickland this morning and he IS running for the seat, but now has to prepare to formally announce a run.

This will set up a chain reaction, as well, since termed out Assemblyman Cameron Smyth has been talked about as a State Senate candidate should Strickland run for Congress.  There is some uncertainly about the State Senate district boundaries right now, as this Tuesday the California Supreme Court will meet and hear arguments about whether or not to draw new Senate lines as an effort to refer the Redistricting Commission’s lines has turned in what appears to be enough signatures to qualify for the ballot.

2 Responses to “Gallegly To Retire From Congress; Strickland To Run”