The California State Senate is scheduled today to bring up the confirmation vote of Herbert Carter to the California State University Board of Trustees.  Originally an appointee of former Governor Arnold Schwarzenegger, Carter has been nominated to a second term by Governor Jerry Brown.  Since 2009 Carter has served as Chairman of the Board of Trustees.  Carter’s “clock” is running out — his reappointment must be confirmed by the Senate within one calendar year, which would be the end of this month.  Carter’s reappointment came before the State Senate Rules Committee where he was approved by the three Democrats who make up the majority of the committee, was opposed by one of the Republican Senators, and the remaining GOP Senator abstained.

It’s worth taking a moment, if you haven’t to read John Hrabe’s analysis of Carter’s reappointment situation that ran over on the CalWatchdog website yesterday.

This afternoon newly minted State Senate Republican Leader threw down the proverbial gauntlet, putting out a strong release opposing the confirmation of Carter to a second term… 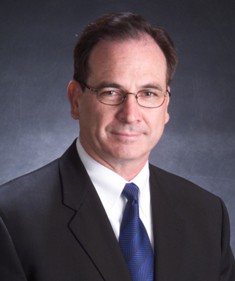 “On July 12, 2011, Governor Jerry Brown wrote to Herbert Carter, the Chairman of the CSU Board of Trustees regarding administrative pay packages.  In that letter, the governor stated:

‘It is in this context, and prompted by the salary decision you are about to make today, that I write to express my concern about the ever-escalating pay packages awarded to your top administrators.’

‘I fear your approach to compensation is setting a pattern for public service that we cannot afford.’

The governor closed his letter with the following request:

‘These are difficult times and difficult choices must be made.  I ask that you rethink the criteria for setting administrators’ salaries.’

I cannot recommend that Trustee Carter’s nomination be confirmed by the Senate until such time as Californians see real evidence that the CSU Trustees are making the tough decisions needed to control escalating costs that are being passed onto students and their families.”

For Senator Huff, this is really the first flag that Senate Republicans have planted in the ground since he became leader.  How the vote goes will demonstrate the strength of his leadership on the GOP side, and the unity of Republicans in the upper chamber.

Republican Senators, lead by Senator Huff, are in the right on this issue.  Carter’s performance as a Trustee does not merit his being confirmed to a second term.  Shame on Governor Brown for putting him forward, and thank you to Senate Republicans for stepping up to do the right thing – or so we hope!