[This is part one of a series exposing the political class in California, and how they will say or do anything to try and keep from having to go back into the private sector and live under the laws they create…]

Once again the Sacramento politicians and powerful special interests are attempting to subvert the will of the people and sabotage the public’s support for strong term limits for state legislators. 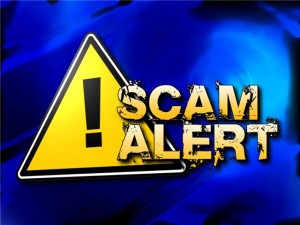 They tried it before with the slimy Proposition 93 in 2008, which would have kept the ethically-flawed Senate President Pro Tem Don Perata and Assembly Speaker Fabian Nunez in their powerful positions as well as carve out a special loophole to allow incumbents to stay in office.

Nunez and Perata had then-Attorney Jerry Brown write a dishonest description of their self-serving measure to try and trick voters into supporting it. They then spent over $18 million in special interest money to try and pass it.

Then-California Insurance Commissioner Steve Poizner and U.S. Term Limits, the nation’s leading term limits advocacy group, courageously fought back and won that underdog effort despite being outspent by two-and-a-half to one.

Now Jerry Brown and his special interest cronies are at it again.

Given Californians’ strong, and ever increasing support, for term limits and their utter disdain for our state’s arrogant, ineffective and ethically-challenged Legislature, one would naturally think that Proposition 28 would have zero chance of passage.

But that is based on the belief that the voters will receive an honest and complete description of the initiative. That is not the case. Thanks to the ultimate career-politician himself, Jerry Brown, who was first elected to office in 1969, the voters will once again be reading an intentionally slanted and dishonest description of an initiative to weaken term limits when they go to the polls.

The first line of Proposition 28’s description states that it, “Reduces the total amount of time a person may serve in the State Legislature from 14 years to 12 years.” The key word is reduces!

The initiative’s description does not mention what current term limits are or that Proposition 28 modifies existing term limits for legislators.

That’s because very few legislators actually serve the full 14 years in both chambers. It’s too difficult to arrange to be elected to three terms in the Assembly and then have an open Senate seat be available in which a politician could be elected to two full terms.

Then-Attorney General Jerry Brown used his position to again compromise the integrity of California’s elections process. He wrote a description of Proposition 28 that intentionally tries to trick the voters of California into casting a ballot to do the exact opposite of what they intend and think they will be voting for. Voters will understandably believe they are voting to strengthen and toughen term limits for legislators when in fact they will be greatly increasing terms for politicians.

The most recent Field Poll, taken in December, shows that 62% of California voters disapprove, and only 22% approve, of the job the State Legislature is doing.  A Survey USA poll conducted in April of 2011 reported that 75% of voters ranked the Legislature unfavorably and only 12% gave it passing marks.

It’s safe to assume that with those low approval numbers Californians have no interest in giving Sacramento legislators more time in office. Jerry Brown and his special interest cronies know this and they also know that many voters will gladly support an initiative that claims to toughen term limits.

Once again, the will of the voters and the integrity of our state’s election process, is under attack by the arrogant and dishonest political establishment.

One Response to “No On 28: The Term Limits Scam Is Back!”