Showdown at the State Senate Corral 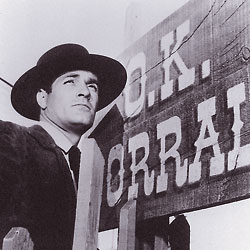 This afternoon is the only scheduled State Senate floor session before the Governor’s nomination of CSU Board of Trustees President Herb Carter reaches it’s one year anniversary, and Carter’s appointment will expire.  Before Wednesday the State Senate needs to bring up his confirmation vote which must pass by a two-thirds vote.  The Los Angeles Times has a solid write up on it here.

Senate Republican Leader Bob Huff has made the opposition to Carter’s reconfirmation his first line drawn in the sand, and this vote will be an indicator of his ability to unify his caucus since if all of the Republicans vote no, there is no way for the confirmation to go through.

That having said, the word is that Senate President Darrell Steinberg doesn’t want to bring up the actual vote on Carter unless he can actually count to the 54 votes needed for confirmation.   This might get tricky because apparently not all of the Dems have signed off on the embattled CSU Board President, who ironically happens to be a (nominal) Republican.

Our position here at the FlashReport is that, first and foremost, every nominee by the Governor to any position deserves an up or down vote by the Senate.  If the Governor wants to withdraw his nomination of Carter, so be it.  But otherwise, a vote should be taken.  If Steinberg is unwilling to bring the matter up, then one of the other 39 members of the Senate should make a motion to withdraw the nomination from the Rules Committee, to be brought to the floor for a vote.  That having been said, if and when there is a vote on Carter, we urge his rejection as a Trustee.

Senate GOP Leader Huff, in a release, had the following to say about Carter’s pending confirmation vote —

“On July 12, 2011, Governor Jerry Brown wrote to Herbert Carter, the Chairman of the CSU Board of Trustees regarding administrative pay packages.  In that letter, the governor stated:

‘It is in this context, and prompted by the salary decision you are about to make today, that I write to express my concern about the ever-escalating pay packages awarded to your top administrators.’

‘I fear your approach to compensation is setting a pattern for public service that we cannot afford.’

The governor closed his letter with the following request:

‘These are difficult times and difficult choices must be made.  I ask that you rethink the criteria for setting administrators’ salaries.’

I cannot recommend that Trustee Carter’s nomination be confirmed by the Senate until such time as Californians see real evidence that the CSU Trustees are making the tough decisions needed to control escalating costs that are being passed onto students and their families.”

1) The Governor would do everyone a favor if he just pulled Carter’s nomination.
2) If the Governor is not pulling the nomination Steinberg should bring Carter up for a vote.
3) If Steinberg will not bring Carter’s confirmation, other Senators should make a motion to do so.
4) If there is a vote on Carter’s confirmation, he should be rejected by the Senate.

One Response to “Showdown at the State Senate Corral”