Back in 2009, six Republicans voted with all of the Democrats in the Capitol to sock it to Californians with the largest tax increase in state history — Senators Roy Ashburn, Dave Cogdill and Abel Maldonado, and Assemblymembers Anthony Adams, Mike Villines, and Roger Niello — all of whom besides Niello had violated a written pledge against raising taxes (and Niello ran on some pretty strong anti-tax rhetoric).  Three of these scoundrels are actually trying to run for public office again this year.  Anthony Adams is running for Congress as a “No Party Preference” candidate in CD 8, an open “safe GOP” seat in the high desert of Southern California.  Abel Maldonado is running for Congress in the coastal 24th District.  Finally, Roy Ashburn is running for a seat on the Kern County Board of Supervisors, a job he held eons ago before being elected to the legislature.

All three of these ex-politicians seeking election this year were rewarded for their willingness to raise taxes with plum political appointments.  Maldonado, of course, was appointed to be the state’s Lt. Governor, though he was trounced in his bid for election to a full term in that office.  Anthony Adams was given a lucrative appointment to the State Parole Board.  Roy Ashburn sits today on the Unemployment Insurance Appeals Board.  All of these appointments came with six figures salaries I might add.

On his official campaign website Maldonado has a section called “Keep Taxes Down” — what a joke.  Maldonado says that he’ll work on keep the tax burden down on working people.  Like the working people you stiffed with a massive sales tax increase for two years after campaigning for office having signed a pledge not to do just that.  He even goes so far to say, on his campaigned website, that he “earned high ratings for his opposition to higher gas, car, income, internet and payroll taxes.”  Such gall this man as he would cast the deciding for massive income and sales and car taxes, and then put so much untrue rhetoric on his website. 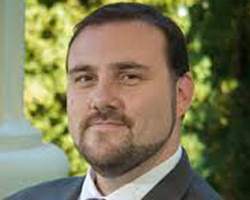 While Anthony Adams has departed the Republican Party, his says on his website, “I have a traditional viewpoint that I believe the citizens of the 8th Congressional District share, which is that the best government is a limited government. I believe that before the government asks for a dollar from taxpayers, that government must make sure that this dollar is not being wasted.”

What a bunch of baloney.  When Adams’ voted for higher taxes, he proudly boasted doing so on talk radio.  Now he’s trying to convince unsuspecting voters who may not know his role in raising their taxes that he’s for limited government.

Finally, with regards to his bid for County Supervisor, Roy Ashburn postured with the Ridgecrest Daily Independent, implying that he is a fiscal conservative, “I also want use my experience and understanding of the state legislative processes  to help make our county less vulnerable  to the State’s habitual attempts to impose greater mandates and take more of our money.“ and he also said, that he “ha[s] a plan for trimming the fat and making our local government lean so that more dollars are passed to the people.”

Pretty funny since Ashburn played such a pivotal role in a massive grab into taxpayer wallets to the voracious appetite of state government.

It is critical that those opinion leaders from the areas where these pledge-breakers are running for office spread the word about them, and what they did.  None of them should ever be elected to an office of public trust again.  Back in December of 2010 Jon Coupal, President of the Howard Jarvis Taxpayers Association, wrote of the betrayal of these very politicians — and warned voters to beware…  It is as relevant today as it was when it first appeared on this website.