Today the Supreme Court upheld President Obama’s health care mandate. While I respect the Court’s ruling, it doesn’t change what we know to be true: Obamacare is a bad law that is wrong for America. Today the Supreme Court ruled that Obamacare is constitutional, not that it is a good or wise law. Obamacare is still a dangerous collaboration of bad legislating, smoke and mirrors calculations and dangerous policy. Under President Obama’s signature legislation, health care costs continue to skyrocket, and up to 20 million Americans could lose their employer-based coverage. Born from intensely partisan, back door deals and closed room meetings, Obamacare is a boondoggle of historic proportions. While no one can argue that our healthcare system doesn’t need reform, the partisan and closed door way in which this bad law was forced on the American people made it wrong from the beginning. Even though ruled constitutional, Obamacare is a law that will add trillions to our debt, increase healthcare costs, hike taxes and kill jobs. I will continue to fight to repeal the entire law and replace it with commonsense solutions that address the critical issue of American healthcare. 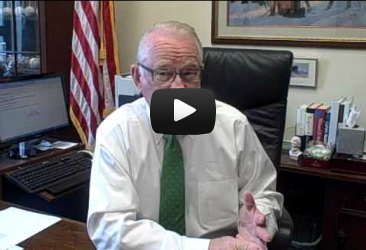 Take a look at this breakdown of Obamacare and the impact it will have on our families and businesses: