Over the next couple of days, while  vast numbers of horrible pieces of legislation wind themselves further through the legislative maze, three higher profile issues will get most of the media attention.  A vote to authorize billions in funding for High Speed Rail is expected, action to move the $11 billion water bond currently slated to go before voters this November, and the lack of any pension reform proposals from the legislature (despite assurances otherwise) before everyone blasts out of town on Friday for a month-long Summer vacation. 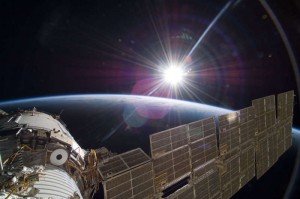 When voters gave the green light for engaging in billions of dollars in borrowing to construct a High Speed Rail system in California, it’s easy to make the case that they were sold a bill of goods.  Most of the promises made in the arguments for passing them turned out to be way off — most notably the costs of the project which have balloon into an orbit so high that the space station would need a sunroof to see them.  The most likely reasons that liberals give as to why they would drop billions of taxpayer funds into this boondoggle will be two-fold  — the first, as incredulous as it sounds, is the actual desire to complete a HSR system for California.  It’s never going to happen.  It’s just too expensive and impractical in such a large state whose population is so spread out that only a fraction of the population would benefit from the fast trains.  The second is “job creation” — which is nuts.  We have now seen how the federal “stimulus” did nothing to actually create private sector jobs (I’ve heard it was fairly effective at protecting government jobs).  Come on, building out some stranded section of a HSR rail system for the purpose of creating jobs?   You may as well spend the money building the country’s highest building in Hanford, where at least you can get tourists to come visit, and next time Harry won’t have to go so far to meet Sally.

I should make it clear that I desire to see Governor Brown’s tax increase proposal fail at the ballot box this November.  But I wouldn’t want Joe Mathews, based on a recent blog post, to construe this column as me, a Republican, giving advice to the Governor on how to pass his tax increase.  It’s more like I think it somewhere between nonsensical and malfeasant for the legislature to authorize the spending of even one dollar on high speed rail (if anything, legislators should put a “do over” on the HSR rail bonds back on the ballot lest it end up there anyway).  If the legislature is looking for a lecture on why voting to spend money on HSR could imperial their precious tax increase this November, they can read George Skelton’s column today in the Los Angeles Times.

SO-CALLED “WATER” PORK BOND MEASURE
As a conservative columnist, watching not only liberal Democrats but Republicans as well lard up a $11 billion, pork-laden, so-called water bond and vote to place it before voters was a nauseating experience to be sure.  The critical needs for California’s water infrastructure primary require the construction of more above-ground storage and a conveyance system to move available water (that currently drains back into the ocean) to Southern 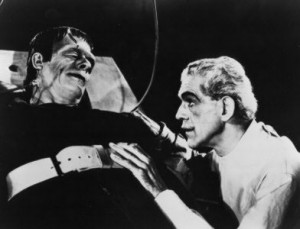 California.  Guess what?  Most of the costs associated with these needs can be financed by rate payers, who are purchasing the water.  There is no need to burden the state with general obligation bond funding.  There are some significant costs associated with Delta issues, but it would require a fraction of $11 billion to address those needs.  I opined plenty (for example) at the time this Frankenstein’s Monster was being patched together. Proponents were rather brazen about the billions of dollars of pork spending in the bill.  At the time of it’s passage, former Senator Dave Gogdill told the San Francisco Chronicle, “I think you can look at any bond that has been brought forward the last few years and probably find pork in it, but at the end of the day it really becomes a necessity in order to get something like this through the Legislature…”

The “fix is in” from Democrat leadership to move the massive water bond to the 2014 election cycle, for two reasons.  Why?  The first reason is that no one (on either side of the aisle) thinks voters will approve it this year (I don’t think they approve it any year, but that’s what I thought about HSR bonds, so what do I really know?) — and the second, more Machiavellian, is preserving Governor Brown’s tax increase as having the pole position on the November ballot.  We read much last week about the blatant manipulation of the election process (again) by the majority party.  For as long as I can remember, measures have appeared on the ballot in the order in which they qualified.  Suddenly the legislature is directing the Secretary of State to use a particular order, which would conveniently put Brown’s tax measure at the top, almost.  (It is significant to note that Molly Munger, the author of a competing tax increase measure that disadvantaged relative to the Governor’s tax measure, has filed suit to undo any changes, but that won’t be resolved before legislators take off for their month-long break.)  If Munger’s lawsuit is not successful, then the only item above Brown’s tax increase measure would be the water bond, hence the political desire to move it off the November ballot.

As much as I would like to see this bond measure suffer “death by voter” this November, I think responsible legislators will pull it off the ballot.  That having been said, if it is a choice between pulling it completely off of this and any future ballots, that is a solid, pro-taxpayer vote to cast.  However, if they want to vote to kick it to 2014, I’m okay with leaving it in place — especially if it disadvantages the Governor’s tax increase measure.

A NOD TO THE ABSENCE OF PUBLIC EMPLOYEE PENSION REFORM
I should take a moment to mention the lack of pension reform coming before the legislature this week, despite assurances otherwise.  This isn’t really a surprise.  Democrats have to delay so that they can use the clock as their excuse not to put their proposals on the ballot where a future legislature could reverse whatever modest reforms they come up with — retroactively.  Speaking of “undoing” reforms, have you heard that there is a concern that Capitol Democrats are trying to figure out if there is a way to legislatively overrule and undo the pubic employee pension reforms enacted by the voters in San Diego and San Jose?  Shameful.  I can never mention pension reform without remind readers that the single created measure to use when assessing the effectiveness of reform is how much proposals, if enacted, reduce the current unfunded pension liability, estimated right now to be as much as a half-trillion dollars!

As I like to say, since I am in Orange County — “I live in the suburbs, and write about how Rome is burning.”

Ain’t that the truth.