Proposed “Timber Tax” Needs To Get the Axe

Last week, Board of Equalization Member Michelle Steel penned a column that appeared on the Fox & Hounds Daily website, where she well articulated why members of the State Legislature should reject a proposal from Governor Jerry Brown to create a point-of-sale lumber tax for Californians.  Yes, you read that right, yet another tax being proposed by this Governor, which is definitely not what we need. 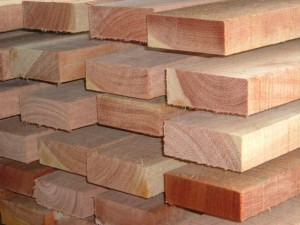 First and foremost, let me personally extend my sympathies to those California producers of lumber that still exist.  The vast majority of California timber companies have closed their doors in the face of draconian costs, or worse, do in large part to state over-regulation.  I “get it” that for the remaining timber companies, if something does not happen soon to provide relief, there may be none left in business.  It is important that we support restoring common-sense to the laws that hit the California timber industry hard, including but not limited to the California Environmental Quality Act.  California timber mills, those that remain, are on the front lines, in desperate need of CEQA reform.

We need the California timber industry to be able to be competitive against produces from out the state, and even out of the country.  But not by taxing all lumber and using some of those tax revenues to, in essence, subsidize the costs to California timber producers.  This is a mockery of the free market, where the goal for the consumer to be able to get the best possible goods for the lowest possible price.  This kind of scheme is almost analogous to a “trade war” and the creation of an import tariff.  The loser in this sort of battle is, in fact, the consumer.  Not only would it mean a higher cost for timber, but it would significantly reduce any incentive to get California lumber competitive through easing regulatory burdens.  We should be striving for local policies that reduce the costs of in-state lumber creation to be competitive with neighboring states/countries.

It is worth a mention that the this tax also sets a very bad precedent — of shifting costs to consumers to fund state government agencies — when it is clear that the consumers, in this case, do not get any benefit.

In theory, this crazy-stupid proposal shouldn’t even see the light of day.  Republican legislators are to be commended as their solidarity against raising taxes forced the Governor to go to the ballot with his tax increase proposals (where I think they will be defeated).  That same solidarity should kill this Timber Tax (heck, with the exception of two GOP Senators, all of the other Republicans in the building were elected to office signing written pledges to oppose this very sort of tax increase.

Finally, I think is important to remember that as the legislature finishes up its last month of work, that there will be much electioneering in the Fall.  For Republicans, the strong message of not raising taxes during this recession will strongly resonate with the voters.  That message gets muddied up very quickly when it changes to, “We oppose MOST tax increases during a recession.”

I will close, again, with sympathies for those still in business producing lumber in California.  And I “get it” that this tax is part of an overall package that includes some sought after legal reforms to protect those in the timber industry from law suits.

Unfortunately, when you look at everything on balance, including the political environment in which we find ourselves, this isn’t even a close call.  All legislators should oppose this proposed new tax on lumber.