“How will you spend your future?” the California State Teachers Retirement System logo asks. I wouldn’t spend it on a solar plant. Nor would I voluntarily spend my future with CalSTRS.

Nearly every time I pick up the newspaper, the headline screams that another solar plant has closed and the business gone under. Yet I see that the California State Teachers’ Retirement System is investing $42.8 million in a large solar plant in Sacramento. 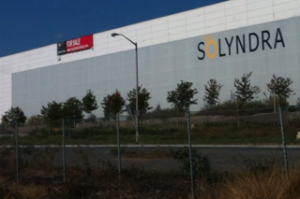 “Investing” was the term used.

A Solar plant’s primary revenue stream is tax credits. So why would CalSTRS be interested in tax credits? And why would a retirement system need tax credits? …especially when much of the solar industry has been totally discredited as phony investments propped up by federal “stimulus” money.

“The California State Teachers’ Retirement System said the investments are part of its 2-year-old commitment to infrastructure,” the Sacramento Bee reported. “The pension fund has $750 million invested in the field.”

According to one Capitol insider, CalSTRS thinks they are following all the safe money. They apparently are also banking on a guaranteed return because of the 2011 Renewable Portfolio Standard, which requires that 33 percent of all of California’s energy will need to be from renewable resources by year 2020.

CalSTRS balance sheets lately aren’t looking really hot. Some political insiders are predicting that there will be a “Green” Swan moment in 2013, and investors will really be looking for guarantees then.

The Certified Annual Financial Report for CalSTRS 2011 reported, “We have been working with the Legislature and Governor to raise awareness of the system’s $56 billion funding shortfall, the cost of waiting to address it and the ultimate risk failing to do so presents to the state’s General Fund. The funding shortfall can be managed, but it will require a thoughtful, strategic solution involving increased contributions, which can be gradual, predictable and fair to all parties.”

So why would CalSTRS, worried about a shortfall, “invest” in a solar plant? Solar is a bubble that cannot be sustained without huge government subsidies.

Could it be that politics is involved here? Does the state need the state’s pensioners to prop up the unstable and unreliable green energy industry?

This is not a stretch since wind and solar power is unreliable. The state must have and maintain an equal amount of natural gas energy in order to back up the entire energy grid on a moment’s notice.

I wonder just how much smoke CalSTRS blew up its members skirts over this “infrastructure investment.”

A teacher I know is not happy about the solar plant investment. “If Proposition 30 passes, at least the losses from the solar company investment will be covered,” he said. “Either way, it’s still taxpayer money.”

It’s still government investing in government, which is never a good investment.