This statement was just received by the FlashReport from Assemblyman Dan Logue: 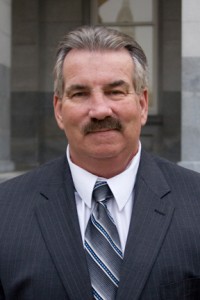 FROM THE DESK OF DAN LOGUE

I visited my physician late last week and he informed me that some antibiotics that I had been taking had damaged my kidneys.

The doctor informed that unless I stopped taking the antibiotics and rested for six weeks, I could do severe damage to my kidneys.  He also indicated that my health would completely return in  6 weeks and  took a different medication.

As you may be aware, the Fourth District Senate represents all or part of 12 counties running from Placer to Del Norte.  It is a vast district with many rural communities.  The demands of traveling and campaigning in such a vast region are rigorous and the requirements of running a competitive race conflict with my doctor’s orders.

For this reason, it is impossible for me to continue in any responsible way as a candidate for the Fourth Senate District.  I want to make it clear that I have my Doctors full  support and I will  remain as a candidate for State Assembly District 3, the seat in which I currently serve and will focus on serving that district as effectively as possible. I will be fully recovered within a few weeks.

It is with a heavy heart that I step out of the Senate race, however, I want to extend my sincerest thanks to those who have supported me for that office.

It remains my privilege to represent the North State in the Assembly.  I look forward to continuing to serve and protect our regions concerns
representing California’s Third Assembly District.  Restoring the California  economy will continue to be my number one priority.

Godspeed for a quick recovery for Assemblyman Logue.  Of course Logue’s name will still appear on the State Senate ballots, which have already been printed.