It’s bad enough that California’s gas tax is among the highest in the nation. It’s even worse that the gas tax goes up whenever gas prices rise.

Today I released data showing that high gas prices have resulted in a record windfall for government at the expense of California consumers.

California motorists paid a record $8.3 billion in state and local fuel taxes during the 2011-12 fiscal year. 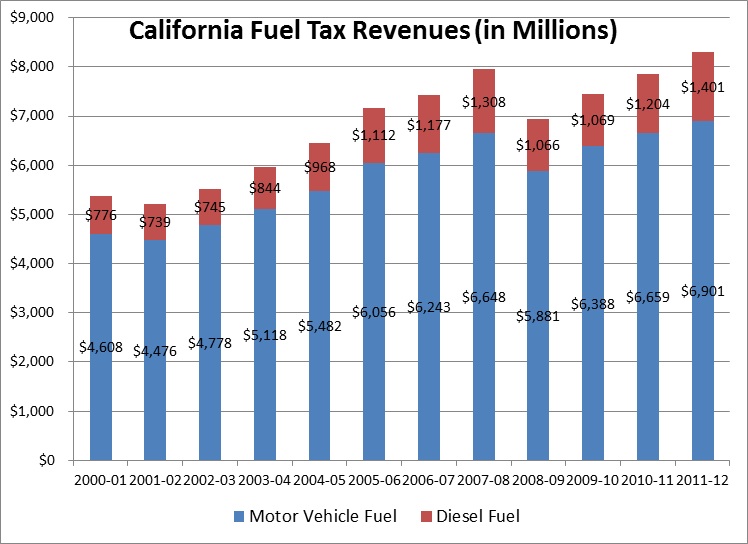 What’s particularly concerning about these numbers is that they would have been even higher had the Governor been successful in extending the higher sales tax.

Tell that to the next person who says we need higher taxes.