Immediately after the horrific and tragic school shooting in Connecticut Friday, opportunistic politicians all across the country jumped on the anti-gun bandwagon.

My CalWatchdog colleague John Seiler, thankfully also jumped on the politicians yesterday. “…it didn’t take long for gun-control advocates to take a bead on our Second Amendment right to keep and bear arms,” Seiler said. “It’s also shameful that politicians use such tragedies to advance their tyrannical agendas.” 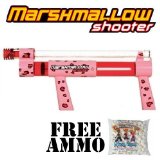 Lt. Gov. Gavin Newsom wasted no time putting forth his next political campaign agenda. “For those calling for the postponement of any discussion of gun and mental health policy in America, you are wrong,” Newsom said, reported the Sacramento Bee, ”Today is a clarion call to all leaders, regardless of political party.”

Newsom, one of the biggest opportunists in California politics, has clearly seen this tragedy as an opportunity to push forth another of his nutty ideas.

In 2007, when he was Mayor of San Francisco, the San Francisco Chronicle reported, ”Mayor Gavin Newsom quietly introduced a package of gun control measures on Tuesday that would make it illegal to possess guns on city-owned property and require residents to store handguns in locked containers.”

SUV’s don’t run over people in a crosswalk. The idiot driver behind the wheel is responsible. We are a society run by liberals who want everyone to live together, freely – except those of us who are responsible, law-abiding citizens. The controlling laws are directed at us.

Gun control and anti-gun laws only serve to weaken citizens, while gangs and crazy people collect illegal arms. But a liberal, tyrannical government wants its citizenry to live in fear. What better way than preventing citizens from protecting themselves?

“The strongest reason for the people to keep and bear arms is, as a last resort, to
protect themselves against tyranny in government,” Thomas Jefferson’s famous quote means more today than ever.

Criminals fear armed citizens more than they fear police. Because criminals go after the lowest point of resistance, citizens bearing arms are unpredictable.

Data from the U.S. Federal Bureau of Investigation show that America has been on a firearms buying spree since the end of 2005, PJ media reported. In 2009, the FBI released preliminary 2009 crime data indicating that violent crime has been dropping at an accelerating rate since the end of 2006.

In 1982, Kennesaw, GA passed a law requiring heads of households to keep at least one weapon in the house. The residential burglary rate subsequently dropped 89 percent in Kennesaw, compared to the modest 10.4 percent drop in Georgia as a whole. Ten years later, in 1991, it was reported that the residential burglary rate in Kennesaw was still 72 percent lower than it had been in 1981, before the law was passed.

In Vermont, citizens can carry a firearm without getting permission, without paying a fee, and without going through any kind of government-imposed waiting period. For ten years in a row, Vermont remained one of the top-five, safest states in the union, and three times received the “Safest State Award,” which was ended in 2007.

Fifteen years following the passage of Florida’s concealed carry law in 1987, over 800,000 permits to carry firearms were issued to people in the state. FBI reports show that the homicide rate in Florida, which in 1987 was much higher than the national average, fell 52 percent during that 15-year period — thus putting the Florida rate below the national average.

The Center for Disease Control has admitted that there is no evidence that gun control reduces crime. The CDC has long been criticized for propagating questionable studies which gun control organizations have used in defense of their cause. But after analyzing 51 studies in 2003, the CDC concluded that the “evidence was insufficient to determine the effectiveness of any of these [firearms] laws.”

Some other gun statistics:

* Guns are used 2.5 million times annually or 6,860 times a day. This means that each year, firearms are used more than 80 times more often to protect the lives of honest citizens than they are to take lives.

* Less than 8 percent of the time, a citizen will kill or wound his/her attacker.

* 200,000 women use a gun every year to defend themselves against sexual abuse

* Citizens shoot and kill at least twice as many criminals as police do every year.

* Only 2 percent of civilian shootings involved an innocent person mistakenly identified as a criminal. The ‘error rate’ for the police, however, was 11 percent, more than five times as high.

God help any thug who breaks into my house… and it’s not just my German Shepherd and marshmallow gun to worry about.