The FlashReport “Idiot Of The Week” Award 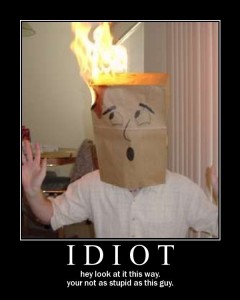 Welcome to our second weekly “Idiot of the Week” feature here on the FlashReport.  This is our chance to feature a public figure in California who does or advocates something that is particularly lame or stupid.  As with last week, there were several “finalists” for the dubious honors.  So before we announce this week’s award winning idiot, we are first going to run through the runners-up!

Runner Up #1 The Del Mar Fair Board — Apparently no one has informed the Gubernatorial appointees that make up this board that times have changed, and that there is little tolerance from taxpayers for making “gifts” of VIP tickets for concerts (and in the case of Del Mar, horse races) in order to party it up on the public dime.  Members of this Board doled out over $10k in freebees to… Actually, that’s part of the problem.  It seems that, according to the Watchdog column by Lyndsay Winkley in the Union Tribune San Diego, that it’s not at all clear who got tickets to see Scott McCreery, Joan Sebastion, Train, Gabriel Inglesias and so on.

Runner Up #2 State Senator Mark Leno (with an assist from LA Times Columnist George Skelton) — Senator Leno and Mr. Skelton are promoting legislation that would place a measure before California voters to lower the vote threshold needed to pass a parcel tax for operating expenses of school districts from two-thirds down to 55 percent.  There is, of course, an important reason for the two-thirds requirement — which is that there should be a very high burden placed on an effort to employ the confiscatory power of government to take people’s property.  You want to avoid a tyranny of the majority.  But on top of this, it’s already hard enough to attract businesses here to California.  Why not add a little economic uncertainly by making these companies wonder if, after they come here, local voters will sock them with higher taxes?

#3 Runner Up – Governor Jerry Brown.  This week Moonbeam was asked about California’s economic future, as compared to say, Texas, where the debt to resident ratio is a mere 1/5th of that of this state.  Brown responded with some babble about too many Texans working for minimum wage, and then actually suggested that maybe Texas should have a big debt like California.  Seriously, that happened.  Perhaps the Governor should read up on what former Assemblyman Chuck DeVore, now of Texas, has to say on this topic over at National Review.  (Did you know DeVore has just published a book on the prosperity of Texas?)

For the second week in a row, top honors goes to a politician hailing from San Francisco.  Last week it was Assemblyman Tom Ammiano… 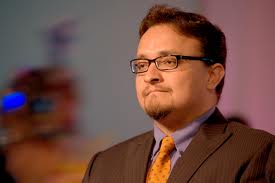 Supervisor Campos has decided that San Francisco International Airport (or “SFO” as it is known by its airport code) should be renamed, instead, to be the Harvey Milk International Airport.  Seriously.  Campos apparently would like this major metropolitan airport to be transformed into some sort of symbol for gay rights.  According to the San Francisco Chronicle, supporters say such a change would, “…send a global message about the importance and struggles of gays and lesbians for equality.”

San Francisco of course being the petrie dish for all kinds of bad ideas, apparently Campos has largely secured the votes he needs from his colleagues to place this matter before city voters.  What a total waste of time and money.

We don’t always look for sanity from the editorial page of the Chronicle.  But they actually came out against this foolish idea, saying:

“It would be a mistake to allow an airport renaming to become a referendum on the legacy of Milk…  It is no disrespect to Milk’s historic consequence to note that an airport does not have any apparent connection to his life and work.”

With all of the real challenges facing San Francisco, it seems idiotic to us that this is where the Board of Supervisors would choose to focus their attention.