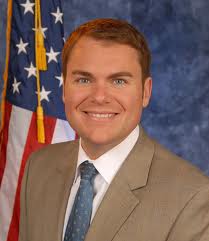 Consider California, where just 10 individual pensioners will cash $50 million in pension checks from state and local governments over the next 25 years. Already some 30,000 retired California government employees pull in pensions higher than $100,000 a year. One retired librarian in San Diego receives a $234,000 annual pension. Beach lifeguards in Orange County are retiring at age 51 with $108,000 annual pensions plus health-care benefits.

A 2011 study by the Congressional Research Service pegged the combined liabilities faced by state and local pension funds at over $3 trillion. That is more than all the bonded debt officially listed on state and local balance sheets combined. To put the issue in perspective, all the federal tax hikes approved by Congress on Jan. 1 would pay less than 20% of America’s state and local pension debt over the next 10 years.

Washington has tightly regulated private pension systems since the 1974 Employee Retirement Income Security Act, but that law exempted the pension systems of state and local governments. Four decades and $3 trillion in debt later, it is clear Congress made a mistake.

In the absence of federal rules, state and local pension systems have become governed by a confusing patchwork of state statutes, constitutional provisions, judicial rulings and local ordinances. While some government unions have argued that state and local pensions cannot be reformed by federal legislation because they are “vested,” or owned by their intended beneficiaries, there are many changes that Congress could enact.

Lawmakers could begin by imposing tough financial-disclosure rules on state and local pension systems. Without tough Erisa standards for financial accounting and disclosure of costs, too many state and local pension boards have cooked their books. To mask true pension costs, some boards have inflated earnings via rosy economic forecasts, allowed states and localities to skip required contributions, and pushed debt repayment far into the future.

Scores of state and local governments are using “pension obligation bonds” to bail out troubled pension programs on the risky wager that they can beat Wall Street investment returns. There is $64 billion in such bond debt outstanding in the U.S., with more expected to flood the market this year.

Recent studies summarized by the Congressional Research Service have shown that the vast majority of pension obligation bonds are costing taxpayers billions in increased costs on the bonds themselves plus poor returns on the proceeds deposited in troubled pension systems. The city of Stockton, Calif., declared bankruptcy last year largely due to its misguided use of such bonds.

Congress’s opportunity, then, is to tweak the Internal Revenue Code to discourage the use of pension obligation bonds—for example, by eliminating tax exemptions for any state or locality that issues them.

Lawmakers in Washington can also amend the tax code to make it easier for public employees to dump more expensive pensions—into which they will have to pay increasingly more over time—in favor of hybrid plans or 401(k) retirement accounts. Rep. Loretta Sanchez (D., Calif.) has proposed one such reform that could allow taxpayers and government workers to save billions.

Every dollar saved by such congressional action would reduce the need for tax increases and allow state and local authorities to restore vital services, improve schools, fix streets and invest in the future.

Mr. DeMaio, a senior fellow at the Reason Foundation, was the primary author of the San Diego Pension Reform Initiative that voters approved last June.