The FlashReport Idiot Of The Week Award Goes To…

We are now six weeks into our “Idiot Of The Week” feature — and I just have to say that the response has been overwhelmingly positive (well, except for some not-so-appreciate feedback from a few of our “honorees” — but that’s to be expected I suppose.

The FlashReport Idiot Of The Week Award is bestowed upon that pubic official (or high profile person engaged in politics or public policy) who does something completely idiotic.  With a state as large as Californian, which seems to have a higher-than-average amount of folks who either don’t think about what they do — or even worse, they think about what they do and still act like idiots — we suffer from no shortage of potential award winners.  As in previous columns, we start first with the runners-up in no particular order, and then onto the big prize.  Oh yes, don’t be shy or timid in sending along suggestions to us for next week’s award recipient — many of those featured come from tips from readers like you! 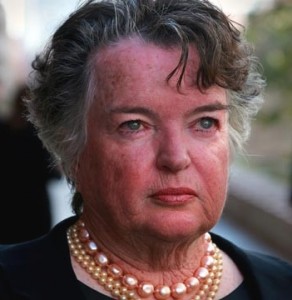 Runner Up #5 – Former San Diego Mayor Maureen O’Conner –San Diego’s former top elected official last week copped to having a gambling addiction in which she claims to have won, and lost, a cool billion bucks over the last nine years.  A very wealthy lady (or at least she was), gambling away her fortune is well, her own business I suppose.  But apparently in the midst of winning and losing hundreds of millions of dollars, O’Conner couldn’t help but dip into a charitable foundation started by her late husband (the founder of Jack In The Box) to the tune of $2 million bucks.  Apparently as part of a negotiated sentence, O’Conner will make the foundation whole.

Runner Up #4 – The Los Angeles Unified School District Board — We all heard the commercials — without the passage of Prop. 30 and the income and sales taxes that came with it, education in California would be decimated.  And Californians responded, approving the higher tax burden.  Well, apparently it’s now Christmas over at the LAUSD Board of Trustees.  At their board meeting last week, in addition to revoking the pink slips of 208 employees, the board voted to commit taxpayers to a half-billion dollar investment to provide tablet computers to every student in the district.  Yeah, you read that right.  Given all of the other budget priorities that sit in front of that board (such as a massive unfunded pension liability), it’s time for iPads for everyone.  Idiots. 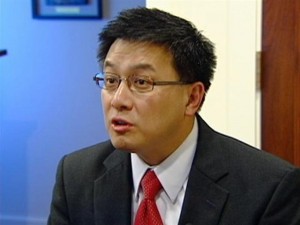 Runner Up #3 – State Controller John Chiang — California Taxpayers are now out over a quarter of a billion dollars as the seemingly incompetent John Chiang just can’t wrap his arms around developing a new payroll system for the State of California.  Last week, Chiang fired yet another company after sinking $50 million dollars into their efforts to modernize the payroll system.  But this isn’t the first company Chiang has fired for this very thing.  Back in 2009 he fired a company, Bearing Point, for their screw-ups.  Of course back in 2010 Chiang’s Republican opponent, Tony Strickland, pointed out this problem but voters didn’t listen…

Runner Up #2 – Los Angeles City Controller Wendy Greuel.  The race for Mayor of Los Angeles is hot and heavy, as the March election approached.  One would assume that a Greuel, who has to deal with the city’s books as Controller, would understand that the city is already on the bring of financial chaos because of massive overspending by years of liberal Mayors and City Councils.  Nevertheless, Greuel is campaigning on a major promise to significantly expand the city’s police and fire departments (she also has promised to cut a city business tax, which is laudable, but that also has a cost to city government in terms of a revenue loss).  There are a LOT of liberals running for Mayor, but these kinds of massive spending increases during a time of recession are — well – idiotic. 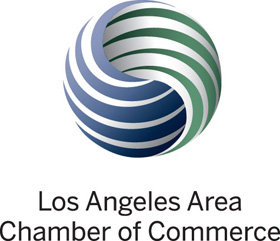 Runner Up #1 – The Los Angeles Chamber of Commerce Board of Directors.  The liberals in control of Los Angeles City government have once again placed before voters a massive tax increase.  This time it’s a sales tax increase that would supposedly net a couple hundred million bucks for the city, at the expense of city taxpayers and consumers who make purchases in the city.  If the tax increase were to pass it would hike the total sales tax on purchases in the city to a staggering 9.5%.  Enter the LA Chamber of Commerce.  At a time when a group that is purportedly “pro-business” should be leading the coalition to stop tax increases like this one, the LA Chamber comes out and endorses it!  And if that’s not enough, after reading about Greuel above, would you believe me if I told you that the Chamber’s PAC had endorsed her?  At some point this organization jumped the shark.  They are clearly not looking out for business anymore.  At least not in terms of a business-friendly city government and tax code.

Finally, what you’ve been waiting for…. Drum roll please…

THE FLASHREPORT IDIOT OF THE WEEK AWARD GOES TO… 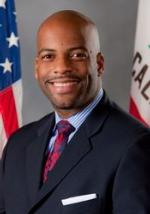