If you have never heard of the roughly 2,000 member North Fork Rancheria of Mono Indians, than I can assure you that you are not a member of the State Legislature.   Last year Governor Brown signed a gaming compact with this tribe, which is up for ratification by the legislature in short order. 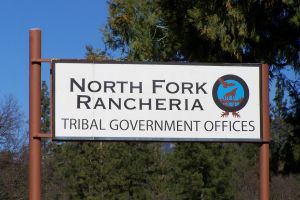 In March of 2000, voters by nearly a two-thirds margin approved Prop. 1A.  In doing so voters passed an initiative which, according to the Attorney General’s summary: “Modifies existing gambling prohibitions to authorize Governor to negotiate compacts with federally recognized Indian tribes, subject to legislative ratification, for operation of slot machines, lottery games, and banking and percentage card games on Indian lands.”

Nearly 60 tribes were immediate beneficiaries of Prop. 1A, and more tribes have benefitted from it since then.  Indian casinos proliferate California, from the Elk Valley Casino in Crescent City to the Red Earth Casino in Imperial County.  By my count there are opportunities to gamble your money away (or win big) at Indian casinos in 27 counties.

The idea, of course, is that gaming generates revenue, which helps the members of Indian tribes (a traditionally economically challenged group), and then there are gaming proceeds that enhance the state’s coffers as well.

Enter the North Fork Tribe. In the 1960’s the tribe was terminated as a result of an act of Congress.  In 1983 through litigation North Fork regained their status as a tribe, but they were “landless” because their lands had been distributed (there is a family within their tribe who individually owns some of their ancestral land, but that family cannot be compelled to give it up).  Fortunately for the North Fork Tribe, the Indian Gaming Regulatory Act sets forth a process for such “landless” tribes to acquire future lands in trust that would qualify for gaming – a very arduous, lengthy process, requiring a historical connection to the site, support from the local community, and approval from the state’s Governor.

Fast-forward into this millennium, and the North Fork Tribe begins this process, starting with the acquisition of land in nearby Madera County, and starts through the vigorous federal approval process, and ultimately, despite vigorous opposition from other tribes – after nearly a decade – last year the U.S. Department of the Interior, with the concurrence of Governor Brown, placed this 305 acre parcel in Madera County, right off of Highway 99, into trust for North Folk – it was now tribal land, and eligible to be the site for a gaming casino.

Governor Brown signs a compact with North Folk, similar to those already signed with other tribes, laying out the details of the casino, funding for local infrastructure, and tithing to the Tribal Nations Grant Fund (for other tribes that do not have gaming).   Worthy of mention is that part of this compact makes accommodation for sharing a portion of gaming profits with another tribe, the Wiyots, whose reservation is on the coast of Humboldt County.  It was a priority for some that this pristine area not be developed, and in return for not putting gaming on their own land, the Wiyot’s will share in the profits of the North Fork casino.

Note: Indian Tribes, under federal law, can have gaming on their tribal lands without any compact with the state in which they reside.  But by having a compact, it increases the types of gambling that is permitted. 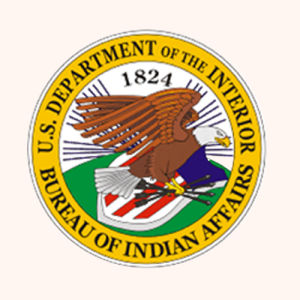 It may not surprise you that there is hearty opposition to the ratification from other tribes. Locally you have tribes who aren’t interested in having North Folk come in and provide competition that will cut into their profits.  One tribe in particular, the Picayune Rancheria of Chukchansi Indians, who own a resort and casino not too far from the North Fork site, was very vocal in its opposition throughout the federal approval process.  Interestingly, the Picayune Rancheria invested in a major expansion of their casino in the latter part of the last decade.  But at the time there had been considerable press about the North Folk application.  In essence, the Pacayune Tribe did a little gambling of their own.

From a statewide perspective, opponents advance three issues.  The first comes from those who simply oppose gambling, and think it should be banned everywhere, and oppose any expansion of it.  Then we have what is really just an extension of the local issue – fear of competition – gaming tribes objecting to the idea that casinos might end up in their backyard..  In addition to this self-serving argument, legitimate concerns are raised about whether the North Folk Compact is consistent with the intent of voters in passing Prop. 1A.

Robert Smith, the Chairman of the Pala Band of Mission Indians, which owns a gambling casino and resort in inland San Diego County, makes the point in a column in that appeared this month in the Fresno Bee that, “…tribal governments explicitly promised during the Prop. 1A campaign that casinos would never be developed off Indian reservations…”

Smith says that opponents of 1A were charging that its passage would lead to casinos in urban areas, and that the voters passed 1A with the intention that this not be the case.

On the first point, I find very little sympathy for existing tribes.  Basically they already enjoy a virtual monopoly on gambling in the state due to federal and state laws.  But in the real world, competition occurs – all of the time.   At some level tribes who have casinos because of government monopolies are hard pressed to convince me that they should be able to further use the power of the government to preserve their monopolies.

On the issue of the intent of Prop. 1A — perusing the ballot guide, and newspaper articles as well as editorials that ran during that election, a few things become clear:

Ultimately, the argument that was most impactful to me, and why I would vote, if I had a vote, in support of ratifying this compact was due process.  Which is to say that through federal law and enacting regulation, a pathway was laid out for tribes such a North Folk to follow — a very difficult and time-consuming path.  So difficult, in fact, that it will make situations such as this one very rare, I suspect.  I think that there was a very reasonable expectation on the part of the North Folk Tribe that if they did go through this process to have this property designated as tribal land, that they would be able to negotiate a compact just like every other tribe has done.

The appropriate place to argue against designation of that land as tribal land was in the federal process, and tribes (notably the Picayune) did exactly that, but did not succeed.  Now this smacks of sour grapes, because the North Folk property, in fact, enjoys the very same status as every other tribal land.  But yet, somehow, opponents say they deserve to be treated differently – in fact in an inferior way.  I should also add, as the Fresno Bee decries what they call “…reservation shopping at it’s most blatant..” that their focus should be a change in federal law.  North Folk just followed the process as it was laid out before them.

Of course, as legislators debate this issue, it won’t just be on the policy considerations — they will also have to deal with the politics.  Indian Tribes, many of which are now quite affluent after years of established gaming casinos, pour big money into political campaigns.  Of course the majority party reaps most of the benefit of these dollars, but some gets spread around to Republicans as well.  No doubt legislators will be thinking of their own campaigns – past, present, and future – as they weigh casting a vote that would be met with disapproval from such prolific political donors.