Given California’s chronic problems, it’s hard to imagine anyone sees our state as a model. But it’s clear the Obama administration does. And to make matters worse, President Obama is now using schemes from California’s playbook in his bid to impose our failures on the rest of the nation. 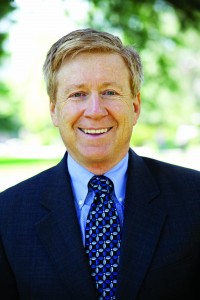 Much like Sacramento, Washington is mired in gridlock. The budget never really gets done and politicians seem to stumble from one crisis to the next. Like California Governor Jerry Brown, President Obama lacks the ability to forge true bipartisan consensus to solve problems.

Of course, there’s a difference between policies and tactics, between a goal and how you get there. It’s no surprise that President Barack Obama and Governor Jerry Brown have many shared policy goals. After all, they’re both Democrats who support higher taxes and increased spending on high speed rail, “green energy” subsidies and other questionable new government outlays.

What is surprising—and alarming—is that in the pursuit of these shared goals, President Obama is embracing many tactics we’ve previously seen in California politics. Rather than be warned by California’s dysfunction, the President sees it through rose-tinted glasses and is putting its worst lessons into practice.

Consider for instance that last year Governor Brown signed a budget containing $6 billion in “trigger cuts,” to be implemented only if voters rejected higher taxes. Similarly, President Obama proposed $85 billion in automatic across-the-board domestic and military spending cuts, called sequestration, to be implemented if Congress did not approve an alternate deficit-reduction plan.

Governor Brown successfully used the threat of looming cuts to win passage of Proposition 30, which raised California’s income and sales tax rates far above those of other states. Similarly, President Obama tried, but failed to convince Congress to raise taxes in an unsuccessful bid to avert the sequester cuts, which took effect March 1.

Both the Governor and President sounded a lot like Chicken Little as they sought public support for higher taxes, each warning the sky would fall if further spending cuts became law. The only difference is that apparently Governor Brown was more persuasive than the President—at least this time around.

As columnist George Will puts it, moments like these force “liberals to clarify their conviction that whatever the government’s size is at any moment, it is the bare minimum necessary to forestall intolerable suffering.”

The sad part of these political games is that the public’s priorities get tossed aside. Instead of being adequately funded, priorities like education, public safety, a strong military and veterans’ benefits are specifically targeted in an attempt to scare voters.

Obama and Brown are both using these tactics to pursue the same goal: higher taxes. And those higher taxes chip away at our freedom.

What this means is that this year Americans had to work five days longer than last year to pay their taxes. Think about it: we gave up another workweek of our lives—and some much more—just like that. Californians had to wait nearly a week longer, until April 24, to taste tax freedom.

As you may know, Tax Freedom Day used to arrive much earlier in the year. According to the Tax Foundation, in 1900 Americans paid only 5.9% of their income in taxes and Tax Freedom Day was January 22.

Since then, new taxes on income, sales, fuel, etc. grew the size of government, pushing Tax Freedom Day deeper and deeper into the calendar year.

Like a frog being slowly boiled in water, we’re losing our freedom—the water may be a few degrees hotter in California but the rest of the nation is not far behind.

We also now know President Obama and Governor Brown will do and say just about anything to convince us the government can’t possibly survive without even more of our money.

Don’t fall for their tactics. We can—and must—do better than this.