[Publisher’s Note: As part of an ongoing effort to bring original, thoughtful commentary to you here at the FlashReport, we present this column from Republican Senator Jim Nielsen – Flash] 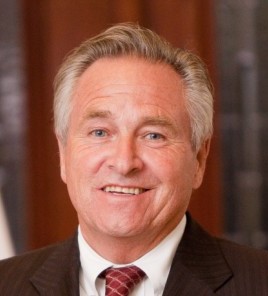 In the year since Governor Brown’s prison realignment plan was signed into law, murder rates increased by 10.5 percent, rapes by 6.4 percent and property crimes by 9.7 percent in California cities with a population of 100,000 or more according to the FBI’s 2012 crime statistics

In spite of these facts, the Brown Administration insists that the prison realignment plan, also known as AB 109, is a success, and that it is not an early release program. The reality is that tens of thousands of inmates are being released into our communities without state parole supervision.  Even violent felons have had their state parole slashed from three years to one, and felons/parolees face little to no consequences for their continued victimization. Thus, these criminals have no fear of arrest.

In many counties, parole violators, including armed robbers and child molesters who disable their GPS devices, are serving almost no time in jail. They are competing for limited cell space with newly convicted felons who would be serving time in a state prison prior to realignment.

Many offenders arrested for minor crimes, and even serious ones, are literally laughing at their arresting officers, knowing that it may be only a matter of hours until they are back on the street.

The next phase of realignment will make the situation worse – much worse.

Effective July 1, California’s Superior Courts assumed responsibilities that historically belonged to the California Board of Parole Hearings – which coordinated a system of administrative law judges well-versed in the real-life impacts associated with addressing parole violations.

Now, rather than one parole authority, we have 58.

The courts lack the manpower, the budget and the singular purpose to manage as many as 50,000 parole revocation hearings. Realignment will burden the courts with this immense responsibility without additional resources or authority to revoke parole for a period sufficient to deter criminal behavior. Prior to realignment, a parole violator could be sentenced to up to a full year – 365 days – in prison without any good-time credit. Under realignment, the maximum parole revocation period is 180 days with a guaranteed good-time credit, most of which haven’t and won’t be earned, for every day served – 90 days at most, and then only if the county jail has room, and many counties are so impacted right now that they won’t even accept parole violators.

In fact, shifting parole hearings to the courts is in direct violation of Marsy’s Law, which was passed by the voters in 2008.

How will courts that are already struggling accomplish this new task without further cutting other essential court services? Will counties be willing to pay officers to track down offenders, pay for district attorneys and public defenders and all of the associated paperwork to simply scold a criminal, knowing that, even if he is sentenced to serve time in the local jail, he may be released the same day? How will one county handle a parole violator who moves to another part of the state or just over the county line?

These are unanswered questions that should have been addressed before plunging into this new phase of realignment.

Ignoring the FBI’s crime statistics, the Governor continues to call realignment a success. Maybe he is unfamiliar with the case of Raoul Leyva. Last year, Leyva was sent to county custody under realignment and was released two days after being ordered to serve a 100-day jail term for violating his parole – due to overcrowding.  Twelve days after his release he brutally beat his girlfriend, leaving her with life-threatening injuries from which she is still recovering and putting him back in prison on charges of attempted murder.

More horrific is the case of Sidney Jerome DeAvila, who was arrested and booked into the San Joaquin County jail at least 10 times in less than a year for various parole violations, but was released within 24 hours in almost every instance due to overcrowding.  In February, he was arrested on charges of robbing, raping, and murdering his 76-year-old grandmother and leaving her body in a wheelbarrow.

How many more people will have to be victimized before the Governor and my colleagues in the Legislature admit that we have a serious crime problem that must be addressed?