Politics is often about contrasts and differing points of view – because there are genuine differences between what I believe the appropriate role of government is and, for example, what liberal San Francisco State Senator Mark Leno believes (although this is a good idea). 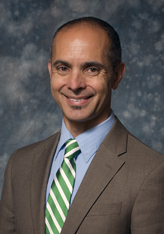 But no matter what policy or political differences we have, none of us should tolerate elected officials who abuse their office by threatening those who disagree.

Yet that is apparently when failed Assembly candidate and West Sacramento Mayor Chris Cabaldon has done.

And it was not an ambiguous or backhanded threat – he publicly announced his intention to make sure members of the business group Region Builders would be blacklisted from doing business in the City of West Sacramento.

Katy Grimes at CalWatchdog details the threat and the arrogant response from Cabaldon when those he threatened had the temerity to stand up to him rather than knuckling under to his threat.

Cabaldon was apparently incensed that Region Builders had been advocating a policy that would limit regional government staff from independently lobbying for or against development projects in other jurisdictions without a vote the board.  Pretty intense stuff.

We can debate about the policy difference – the appropriate role of staff and un-elected regional boards – but there should be no debate that threatening the jobs and livelihoods of those who disagree is just flat wrong.

That is a line no politician should ever be allowed to cross – and when they do, the consequences should be a lot more severe than a flippant tweet or a weak “he may have crossed the line” hand slap in an otherwise fawning Sacramento Bee editorial.

Cabaldon did offer a tepid “apology” – akin to the typical celebrity “I’m sorry if you were offended by what I said” non-apology.   that leaves everyone wondering how can we encourage participation and hold government accountable if politicians a free to simply punish anyone who disagrees with them?

Such a breech of public trust demands Cabaldon take responsibility for his threats, and offer a full public retraction and apology to those he has threatened.

Until he takes responsibility and retracts the threat, how can the public have any faith that their elected leaders are acting in good faith and not just pursuing a personal vendetta?