We’re pleased to share this piece from Lawrence J. McQuillan is senior fellow and director of the Center on Entrepreneurial Innovation at The Independent Institute in Oakland, California.

The big budget bills have been resolved for this legislative session but the public has good reason to remain on alert. Senate Bill 1, introduced by State Senator Darrell Steinberg (D – Sacramento), is so dangerous that the Assembly should swiftly kill it.

The measure will allow any California city or county to create a “Sustainable Communities Investment Authority,” governed by unelected bureaucrats selected by the city or county officials themselves. Each newly created Authority will build development projects in designated geographic areas. These will comply with SB 375, which connects California land use to the state’s climate change law, AB 32, which sets goals for the reduction of greenhouse gas emissions. 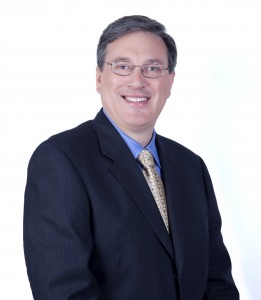 In the past, California redevelopment agencies (dissolved on February 1, 2012) were required to determine an area was blighted before they could seize private land through eminent domain. Even with this requirement, abuse of private property rights was rampant. But SB 1 will define blight legislatively, eliminating the need for each Authority to make a separate finding.

SB 1 permits unchecked access to the power of eminent domain in every project area created under the bill without making any determination, or requiring any action, regarding blight. The measure thus threatens the property of every California resident and will lower property values. But there’s more.

Each Authority will be allowed to issue bonds without voter approval to fund the redevelopment projects. Pension systems such as CalPERS and CalSTRS will be allowed to purchase these bonds, so essentially one government agency will be investing taxpayer dollars into another government agency’s projects that threaten people’s land and force residents continually to pay for new projects.

Worse, each Authority will also be allowed to increase local sales taxes within their geographic project area. They can also extract property taxes using property tax increment funding, which will divert property-tax revenue within project areas to the new Authority and away from city or county general funds to pay for public services and away from special districts like fire and police protection, parks, andlibraries.

Further, 25 percent of tax increment revenue in a project area must be used for affordable housing units. But SB 1 also requires that these construction projects pay “prevailing-wage” rates, which the California Institute for County Government pegs at 36 to 55 percent higher than market wages. This requirement will increase the cost of building low-income housing and reduce supply.

SB 1 will not only take private land but will increase sales taxes and property taxes at a time when Californians are struggling to recover from the Great Recession. The measure will divert tax revenue from public services, increase debt, raise the cost of building affordable housing, and give more power to unelected bureaucrats.

Californians know from experience that government redevelopment leads to massive private property abuses and loss of tax revenue for public services. SB 1 is redevelopment on steroids and merits defeat.

The California Assembly’s Local Government Committee will consider SB 1 on August 14. Committee members should kill it. If the bill makes it to Gov. Jerry Brown, who understands the serious problems with government redevelopment authorities, he should swiftly veto it.

Lawrence J. McQuillan is senior fellow and director of the Center on Entrepreneurial Innovation at The Independent Institute in Oakland, California.