The United States Senate is currently considering the Federal Free Flow of Information Act.  This would be a “shield law” that would protect the ability of journalists to keep their sources confidential.  Right now 49 states and the District of Columbia have shield laws in place, but the federal government does not.  This is a good idea, and I applaud the effort.   Unfortunately the legislation has gotten hung because of one sticky issue — who is a journalist. 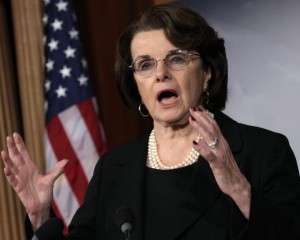 Our senior United States Senator, Dianne Feinstein, has introduced an amendment to this legislation (on behalf of both herself and Senator Durbin of Illinois) that would seek to narrowly define a journalist, with the rather obvious intent of trying to exclude independent and citizen journalists, such as bloggers.

The bill currently defines it [a journalist] as a person “with the primary intent to investigate events and procure material in order to disseminate to the public news or information concerning local, national or international events or other matters of public interest,” collects the information by conducting interviews and directly observing events, and has the intent of gathering news. The person also must intend to report on the news at the start of obtaining any protected information and must plan to publish that news.

One of the troublesome aspects of the bill is an amendment proposed by Sen. Dianne Feinstein, D-Calif., and co-sponsored by Sen. Richard Durbin, D-Ill., which “defines a journalist as a salaried agent of a media entity,” such as a newspaper, broadcast news station, news website or another type of news service distributed digitally. There is also a “look back” option to protect legitimate reporters not tied to a specific news organization. Feinstein said, “This bill is described as a reporter shield law — I believe it should be applied to real reporters.” She was also concerned “that the current version of the bill would grant a special privilege to people who aren’t really reporters at all, who have no professional qualifications.”

Senator Feinstein needs to take a deep breath and realize that the entire world of journalism is in a state of transition, and that the old paradigm is fading.  Sure, there are still what I would call “traditional” journalists — who are hired by news companies to research and write their stories.  But more and more journalism is starting to be produced by independent sources, and by citizen bloggers such as this columnist.

Like a traditional news reporter, I spend much of my time establishing contacts and working to expose waste, fraud or abuse in all levels of government.  Like a traditional news reporters, I cultivate sources.  I some instances, I have sources who come to me with stories because they know and trust me, and they know I will protect their identity.   I then use their information to do research and ultimately publish a story, on my own website.

In the antiquated world of Senator Feinstein while a reporter from the San Francisco Chronicle or the Los Angeles Times should be able to have a federal law protecting their right to “shield” their sources — apparently I should not.  Nor should any other citizen journalist. 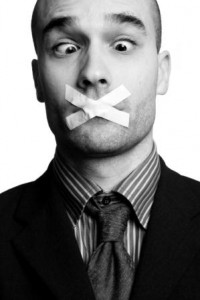 Feinstein's amendent would have a chilling effort on sources coming forward...

The advances that have taken place in communication, especially in the area of social networking, means that more and more people have an ability to themselves play a critical role in being a watchdog on what is happening in our national, state and local governments.  It is simply wrong to carve out some sort of “protection” for old-school media reporters, to the exclusion of the rest of us.

Separate from an “unfairness” that someone who may have a hot tip would perhaps go to an old-school reporter with their information because that reporter can legally offer protection that I cannot, there is also a potential chilling effect on stories because there will be potential sources out there who may come forward to someone they know or trust who blogs, that otherwise may not come forward at all.

Much has been written about this issue in the past few days — and a scan of the internet clearly shows that Senator Feinstein is not winning any popularity contests with her elitist, restrictive amendment.  One of the more comprehensive critiques of this issue was penned by Morgan Weiland over at the Electronic Frontier Foundation with his piece, Why Senator Feinstein Is Wrong About Who Is A “Real Reporter — I commend it to your attention.

I am one of several bloggers who is cited in this Watchdog Wire story critical of Feinstein, penned by Eric Boehm, entitled, Bloggers Decry Effort to Limit Protections for Journalists’ Sources.

In theory, the federal “shield” protecting our sources should be the First Amendment to the United States Constitution.  But it is clear that an additional level of legal protection is warranted to allow me, and others like me, to protect their confidential sources.  I encourage the passage of the Federal Free Flow of Information Act, with the broadest possible consideration for protecting any earnest American who seeks to expose waste, fraud or abuse in our government — whether it is a professional reporter, or a citizen journalist.  This restrictive amendment proposed by Senator Feinstein should be rejected out of hand.