Today the California Republican Party will release the headline speakers for their upcoming biannual State Convention, which will be held the weekend of October 4-6 at the Anaheim Hilton hotel in the heart of Orange County.

FlashReport has the scoop!

The highest profile speaker, Governor Perry remains extremely popular with grassroots conservatives despite his unsuccessful run for the Presidency in the last cycle.  Perry has been the longest serving Governor in the history of the Lone Star State and has brought national attention to his state, demonstrating the success of free market, pro-growth policies.  Perry recently announced that he will not be seeking re-election next year — some are saying that he is clearing the decks for another run at the Presidency in 2016. 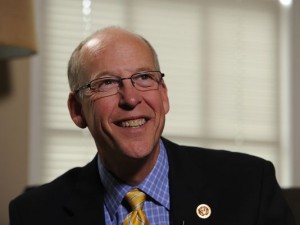 U.S. Representative Greg Walden was elected to Congress in Oregon’s Second District in 1998.  He is currently the only Republican representing Oregon on Capitol Hill — the state’s two Senators are Democrats, as are the other four Members of Congress.  This election cycle Walden was elected by his peers as Chairman of the National Republican Congressional Committee, the political arm of the House Republican Conference.  In this role, Walden works hand-in-hand with Speaker Boehner and the House GOP Leadership on fending off challenges to incumbent Republican members, and in leading the charge to pick up seats.  Walden’s presence at the CAGOP convention is an indicator of the high priority that the NRCC places on California races this year.  As they should.  We have three targeted Republicans to defend — Congressmen Gary Miller, Jeff Denham, and David Valadeo.  And of course targeted for potential pick-offs are Democrat representatives Ami Bera, Lois Capps, John Garamendi, Julia Brownley, Raul Ruiz, and Scott Peters — perhaps even more seats will come into play as we head into next year.

Sharon Day was toiling away for a long time as leader in the Florida GOP before her election as Republican National Committeewoman from the Sunshine State in 2004.  Day has served on the Broward County GOP Committee and on the Republican Party of Florida State Executive Committee for many year.  She is a successful businesswoman who has worked hard for conservative candidates and causes.  In 2011 she was elected Co-Chairman of the Republican National Committee, when Reince Preibus was elected Chairman.  Both Day and Preibus were re-elected to second two-year terms by the RNC earlier this year.

October’s convention will be the first one that is planned and executed by newly elected State GOP Chairman Jim Brulte, and his team.  The number one rule of volunteer-filled conventions is, “If you build it, they will come.”

When you look back historically at attendance at California Republican Party Conventions, putting aside the biennial organizing meeting in Sacramento which is always well-attended, the turnout for these affairs seems to correspond to the quality of the speakers, and how early they are secured so that people can decide if they want to make travel arrangements.  Brulte understands this well, and it is no coincidence that he’s secured some “A” level speakers, and that the announcement comes in plenty of time for CRP members to make their plans!

As we get closer to the state GOP confab we’ll delve more into some of the issues that will make up the “character” of this particular, off year gathering.  In the meantime, those interested in getting more information about the convention, or who want to pre-register can head over to the CRP website.  If information is not yet posted, look for it soon.