Clearly Democrats in San Diego are worried about their future.  With their leader recently being forced out office amidst a sex scandal that received international attention, Democrats are looking for any avenue whereby they can keep hold of the Mayor’s office.  And in their efforts, they have already launched a hateful smear campaign against the Republican they fear most. Their target is former Councilman Carl DeMaio, an openly gay Republican who ran against Bob Filner for Mayor in 2012. 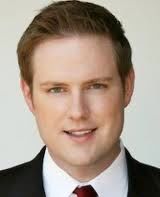 After his unsuccessful campaign in 2012, DeMaio,, an advocate for accountability and transparency in government, continues to provide leadership in San Diego on those issues.  But seeing that he could have a large voice on issues of importance to taxpayers, he announced his candidacy for Congress.  But now fast-forward to the Bob Filner scandal and resignation.  Many pundits had thought Carl DeMaio might abandon his campaign for Congress, and instead run for Mayor again. It was a reasonable assumption since DeMaio had previously been elected to the San Diego City Council, and was being touted by several media outlets as the presumptive frontrunner to replace Filner. But last Tuesday, DeMaio announced that he will not run for Mayor and that his campaign to unseat freshman Democrat Rep. Scott Peters is moving forward.

Here is where the travesty lies – before Bob Filner had even turned in his parking pass at City Hall and even before DeMaio had said a word about passing on the Mayor’s race, Filner’s allies and those who bankrolled his campaign in 2012 had already launched a smear campaign. Their target, was DeMaio – a gay Republican whom they believed could likely be elected Mayor.  As a Republican who happens to also be gay, I have been told for years that Republican Party wasn’t interested in my support and allegedly the Democrat Party was fighting for the issues concerning me the most. But as a conservative Republican, I again have seen firsthand that the Democrats and their allies and funders are my biggest problem.

Thanks to the San Diego Union Tribune, the entire San Diego community got to see just how far Democrats will go to smear a gay Republican.  According to the Union Tribune, the attacks on Carl DeMaio weren’t even launched in San Diego, but by the “Voice of OC, a website founded with labor money in Orange County.”

While I refuse to re-state the hateful and personal attacks launched at Carl, I do believe it’s important to mention that the attacks were meant to inflict pain on Carl and his family, and just as important, I believe the attacks were also intended to send a message to gay Republicans running for office – that we could be next.

To those of us active in Republican politics, we have seen many attacks, some even as hateful as these. But what was really surprising about this smear campaign was the fact that is was strangely connected to PBS.  Yes, you read correctly – the same folks that bring us Sesame Street. According to a PBS affiliate’s website in Orange County (PBS SoCal), PBS entered into a “partnership” with the Voice of OC whereby PBS would receive its “investigative news” from the Voice of OC.

So just who is this so-called investigative news agency that was PBS partners with for their news coverage, and more importantly who funds them?  Well to find the answer, one only needs to review their federal tax returns – and so I did.

According to IRS documents filed just last year, the Voice of OC is a non-profit organization that is supported by five donors.  And low and behold, their major donor is the Orange County Employee Association, a public employee union based in Santa Ana. They donated $230,000 to the PBS news partner. The second largest donation, in the amount of $60,000, was made by a law firm founded by the former Chairman of the Democrat Foundation of Orange County, trail attorney Wylie Aitken. Three other smaller contributions were noted.

It seems odd that PBS would allow its newsroom to be co-opted by the big public employee unions.  But to my surprise, on the PBS SoCal website they proclaim and acknowledge their “investigative news partnership” with the Voice of OC.  I find this partnership very troubling for PBS. I might be able to understand PBS allowing the Democrats and public employee union’s airtime to provide commentary, but only if they provided the same opportunity to Republicans, but to use them and label their information as “investigative news” is wrong.