Today is September 11th and for many directly affected it’s a day of remembrance and resolve.  I looked at the world differently after that day.  It renewed my sense of patriotism and duty.  More importantly I learned to truly value our unique home.  I always identified as a Republican and though I don’t think I realized it at the time, the seeds of political activism were planted into my heart. 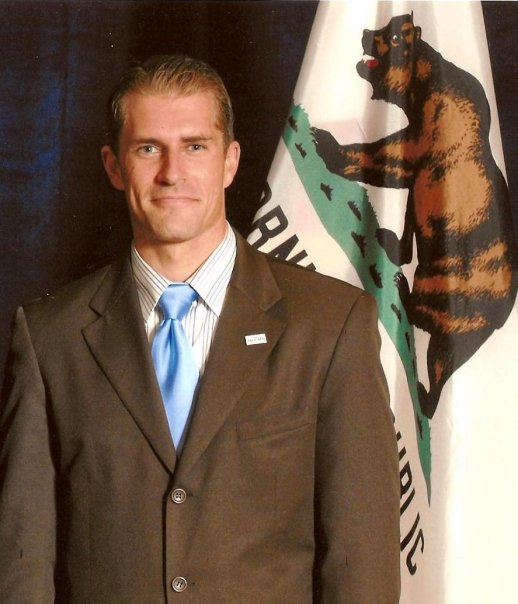 Fast forward to the weekend of September 6th and September 7th, hundreds California Young Republican Federation (CYRF) members and guests descended upon the luxury cruise-liner, one time WWII battleship known to us as the Queen Mary, now docked in Long Beach harbor.  I couldn’t think of a more fitting location for a convention of young energized activists and professionals dedicated to advancing the causes of expanding GOP influence among our peers, attracting new blood to the party, getting good Republicans elected to office, rebuilding our Party’s infrastructure from the ground up.

Battle and Luxury were evident at this year’s CYRF convention which ultimately inspired unity…and recovery.  Posturing, arguments and challenges clearly stood out in the heat of competition.  To some I have heard it appeared ego driven and distasteful and I can understand that perspective.  Yet behind the veil of seeming disharmony, were camaraderie, excitement, spirit, passion, care and respect.

For me there was a clear purpose in the pursuit of the post.  It wasn’t the meaningless title, a position with the illusion of power or delusions of grandeur.  Rather just the opposite, those things are the distractions that for many in politics, have derailed the public’s view of political purpose which is a hierarchical structure of leadership and virtue that results in true freedom, liberty and a society of principled purpose.

It was an emotionally draining weekend.  The friends made on the team we formed going into the convention and the friends made at its close were true.  There were indeed heated exchanges which don’t require elaboration but were intense.  However, at the end of the day as the dust settles we all know our purpose.  We are a political minority and while we rely on our leaders to lead, they in turn rely on us to provide the infrastructure needed to hold and win back Republican seats and that’s exactly what we’re going to do.

The YR’s have in the past earned a reputation for being a relatively ineffective group of fist waiving activists.  That was likely true prior to our consolidation of two competing organizations into one unified body.  Now, our hard work and influence was real and widely recognized in the Andy Vidak race.  Well, there’s more where that came from.

Our mission is fundamental; expand existing clubs, grow new chartered chapters, motivate financial investment in our organization and when election time comes we deploy resources.  We are going to build an army and the level of experience in politics, campaign and activism that we have on this CYRF 2013 Board is unified in its resolve.

For the first time in recent history this YR organization will be coordinating closely with Nithin Mathew, the fearless leader and Chairman of the CA College Republicans to further the gains of CRP Chairman Brulte as he raises funds to win the wars we will be fighting on multiple fronts.  The YR’s are the next logical step for graduates and young professionals to keep the grassroots network mobilized and prepared to execute.  The theme of our upcoming CRP Convention is paraphrased, “Rebuilding the Republican Infrastructure in California”.  The CYRF, CA CR’s, CRA, CRFW and all other GOP grassroots organizations get it and our future this election cycle looks bright but it can’t end there.  Our vigilance cannot stop until we achieve multiple Republican gains, build up a majority and balance is restored in our state and congress.

I want to congratulate our new team:

Congratulations to our “Legislator of the Year” Assemblyman Travis Allen

Thank you to all of our Legislators and Chairman Jim Brulte for adding to the success of our event.

I want to personally thank Matthew Del Carlo for standing by my side in this endeavor, and Chris Mays for his partnership moving forward. I truly believe that adversity can be channeled and lead to greater innovation.  I believe in this team and I know that we will leave a mark of accomplishment in our party.

In remembrance of our lost brothers and sisters twelve years ago today, hold your loved ones a little tighter.  Know that you live in the greatest country on earth and be proud of our uniqueness as being the first nation of ideals.  Most importantly take some action and do something great for your country.  Our moment on this earth will be swift and we will eventually return to dust but our action will leave a legacy that will far out live our individual memory.  Our future generations are depending on us.