[Publisher’s Note – We are pleased to offer this column from GOP congressional candidate Pat Maciariello, who argues the best way to help the poor is to grow the pie.- Flash]

We have heard a lot from the Obama administration about the growing gap between the rich and poor among us.  Less discussed by the Left however, is how middle-income families have done under this administration.  What is their record?  The fact is that median household income has fallen by 7% since 2007, with most of the decline coming on President Obama’s watch.   Liberals are quick to find villains on Wall Street and in “Benedict Arnold” corporations while ignoring how their anti-growth policies and rhetoric are making the problem worse for those struggling to reach the middle class. 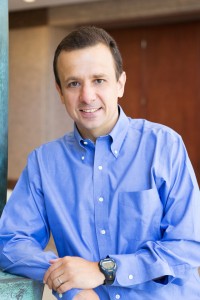 The U.S. economy is not a “fixed pie” entrusted to Washington elites to slice up in the way they see fit, but is instead a dynamic and adaptive system, the likes of which the world has never seen.  It is a system capable of growing quickly and lifting the prospects of all in it, if we don’t screw it up.   Yet nobody in this administration has seemingly considered the cost, in terms of slower growth, the myriad of new regulations implemented, and the higher tax rates and the general climate of uncertainty companies operate in today.  Taken together these actions are preventing us from growing as fast as we otherwise would and robbing citizens of improvements in living standards.  This failure to live up to our growth potential has harmed our country and our middle class.

Since the depth of the recession in 2009 our economy has averaged slightly over 2% growth.  This compares to growth of over 5% in a similar period following the deep recession of the 1980s.  Had our economy grown at a 5% rate over this period it would today be close to $2 Trillion larger and since 2009 would have created about $4 Trillion more output.

Had this been the case, our national debt would be smaller, our deficit more reasonable and far more philanthropic money would support hospitals, charities, churches and other non-profits.   Lives would have been improved and more than likely saved as additional research projects funded by the larger economy would have benefited our society.  Additionally, greater demand for workers created by the larger economy would have driven higher wages up for the middle class and lower our unemployment rate.

Why was this not the case?  Why has the rebound from this recession been the weakest from a major recession on record?   The answers lie significantly in the President’s stifling policy agenda since taking office in 2009. Following the recession of the 1980s the Reagan administration fostered a business-friendly climate by, among other things, passing two significant tax reform acts, reducing the regulatory burden placed on businesses and spurring business success.  Conversely the last several years have seen massive increases in regulation, increased tax rates, significant uncertainty around “what’s next” and the fostering of a climate that equates business success with greed.

Greater income equality may indeed be a moral issue, certainly the development of a growing thriving middle class is.  We must consider though that growth is moral as well.  Growth saves lives, growth feeds starving children, growth lifts wages and pulls people out of poverty.  The next time you hear a new regulation or tax discussed I would ask that you consider the entire cost.  Not just the cost to an individual’s or company’s time to comply, or someone’s reduced take home income.  I would ask you consider the cost of having a smaller economic pie in the future for us all to share.

Pat Maciariello is a businessman and free-market advocate running for Congress in California’s 45th Congressional District.