When we go through hundreds and hundreds of bills to find the ones that we consider to be the most egregious, harmful or inappropriate, it is our hope that a responsible Governor would veto all of them.  Remember, we’re talking about the worst bills.  If the Governor signs any of the bills listed below, it is bad news for the people of California.  This is our eighth year in a row featuring this column.  Each year we partner with two conservative members of the State Legislature — this year is no different.  Our thanks go out to both State Senator Joel Anderson and Assemblymember Marie Waldron, and to their staff members, for their hard work in selecting the terrible bills below out of hundreds and hundreds on the Governor’s desk.

On a final note — targeted to our friends in the mainstream media.  Some stories have been written asserting that somehow this last legislative session was more “moderate” than some others.  I’m sure once you peruse this list you will agree that any such assertion is lacking a basis in fact. 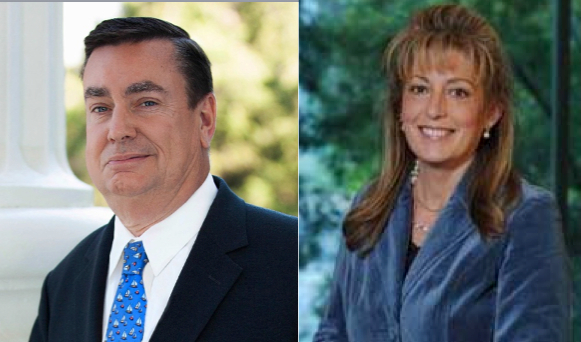 For convenience, we have broken down the bad bills into six different categories.  Next to the bill number and author, in bright red, will appear the action taken by the Governor on each bill.

The salaries for State Water Project employees will be increased at a minimum of 17.9% to a maximum of 37.4%. The bill ratifies the addenda to current memorandums of understandings (MOU) entered into between the state and several bargaining units.  The bill would result in major state costs of $45.2 million in 2013-14, likely to grow annually thereafter as more employees are hired at the higher compensation level.

Mandates that overtime must be paid to personal attendants defined in the measure as “domestic work employees.”   For example, if you have a granddaughter who is living and taking care of her 90-year old grandma, the grandmother would have to pay her overtime and the granddaughter would be forced to join a union.  This bill will have a detrimental impact on seniors who need home care workers to keep them safe and healthy at home and avoid being put in a costly institution.

Claims to make numerous changes to the process for suspending or dismissing dangerous teachers.  This bill is strongly opposed by school superintendents, school board trustees and administrators.   The only supporters of the bill are the teachers unions.  This is a union attempt to protect predatory teachers at the expense of student safety.

Puts government unions first when it comes to bidding on contracts creating an uneven playing field and leaves taxpayers holding the bag.

This is yet another example of the heavy hand of public employees’ unions, through their collective bargaining and in lobbying efforts, to skew the rules in their favor to further inhibit contracting out state services to the private sector.

Extends, for an additional 8 years, to January 1, 2024, a number of motor vehicle, vessel, and tire taxes/fees for a total of approximately $2.3 billion to fund emission reduction and alternative fuel programs.  This bill would result in fee extensions of $8 in smog abatement, $18 for vehicle registrations, $10 on boat registrations, and $1.00 per tire on consumers annually until the year 2024.

Raises the minimum wage by $1.25 over the next three years. This bill punishes the poor as businesses will be forced to hike the costs of goods and services to account for their increased labor expenses to consumers. Thus, it will neutralize any temporary advantage employees would have with higher pay. The bill will also build a barrier to entering the workforce for teenagers, whose experience may no longer justify paying the minimum wage.

Requires that law enforcement refuse to comply with a federal immigration hold request.  If the continued imprisonment of the individual violates any federal, state, or local law if that person has been convicted or is arrested. The bill impedes the ability of local law enforcement to turn in known criminals who are illegal aliens to the federal government for potential deportation as well as those protected by local city policies.

Provides that an illegal immigrant who has been accepted into the federal government’s deferred action for childhood arrivals (DACA) program is eligible for unemployment benefits, depending upon delivery of employment authorization from the federal government.  The bill authorizes the Department of Motor Vehicles (DMV) to issue a California ID card to any individual accepted into DACA.

This bill risks women’s health by reducing the standard of medical care.

Expands the definition of an assault weapon, to include a semiautomatic centerfire rifle. This definition will ban the possession, manufacture, or sale of a semiautomatic centerfire rifle that does not have a fixed magazine with the capacity to accept no more than 10 rounds.  This bill harms law abiding citizens who have a right to protect themselves.

Prohibits the sale of firearms and ammunition at the Cow Palace.  This bill closes one of the biggest gun shows in California which will be a financial hit to our state’s general fund.  It is sure to be tested in the courts as an infringement of the Second Amendment.

Requires the Department of Justice to notify law enforcement entities in the city and/or county in which a purchaser resides if a person obtains more than 6,000 rounds of ammunition within a seven-day period (with specified exceptions).  This bill attacks citizens’ constitutional rights to defend their lives and those of their loved ones.

AB 180 (Bonta) Registration and Licensing of Firearms –City of Oakland

Eliminates state preemption for regulation of the registration or licensing of commercially manufactured firearms for the City of Oakland so that the residents can be further disarmed than state law currently allows.

Bans the use of lead ammunition in the hunting of any wildlife with a pistol or rifle no later than July 1, 2019.  Not only does this bill undermine the rights of hunters and gun owners, it reduces the ammunition available for purchase.  There will be potential loss to state revenue if hunting licenses are reduced due to lack of approved available ammo.  According to the Department of Fish and Wildlife, this bill would cost the state over $1 million, to develop new regulations and to develop a process to certify ammunition as non-lead.

Allows a person to apply for a vote-by-mail (VBM) ballot by telephone instead of a written application with a signature.  This invites voter fraud and continues to weaken and diminish the integrity of our voting system.

Requires that 10% of all signatures used to qualify initiative measures for the ballot be obtained from non-paid, volunteer circulators, but the bill carves out an exception for paid labor union gatherers.  This bill claims to be initiative reform when in fact it just gives one-sided power to the labor unions.  This loaded bill gives unions a special edge by imposing onerous and unfair burdens on initiative proponents who must hire signature-gathering firms.
_____

As we said above, it was particularly difficult to whittle the tremendous number of noxious bills down to just a list of twenty.  A great many bills were left on the cutting room floor, but still await action by the Governor.

In closing, thank you to the great many people who contributed their suggestions on bills to veto.  There are literally hundreds of bills on Governor Brown’s desk, the vast majority of which deserve a resounding and speedy veto.  We know that Governor Brown and his staff are thoroughly reviewing all of them.  But it is our hope that the “worst of the worst” bills highlighted in this column get an extra level of scrutiny.