Whether Critical Of King George, or Charles Munger, Jr, Anonymous Speech Should Be Protected

People who frequent this website know that it is our general rule (with occasional exception) to only support attributed blogging and commenting.  I can think of a handful of times over the years when we have featured, or linked to, anonymous content. 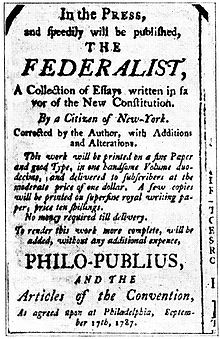 That having been said, anonymous speech certainly has its place in politics, and here in America its foundations are rooted in our beginnings.  The federalist papers, as they were drafted, first appeared in pamphlets around the colonies under the pseudonym Publius — and Benjamin Franklin himself wrote on more than one occasion under the pen name of Mrs. Silence Dogood.

Those who publish their thoughts anonymously have a high bar to reach in order to be credible, as many will discount someone’s words when they do not know the true identify of their author.  But still there are some who are in a position to shed light on an issue, or bring matters to light, who might put themselves at risk by exposing themselves publicly.  Certainly this might be the case if you were stirring up enlightenment and dissent amongst colonials living under the tyranny of the British government.

I bring this up because for some period of time there has been an anonymous political website, The Munger Games, which has been producing a lot of content critical of Charles Munger, Jr.  Munger, of course, is a very high profile and controversial figure in California politics.  He has spent north of 40 million dollars on ballot measures, as well as party, candidate and independent expenditure campaigns in California in recent years.  While his contributions to try and end the corrupting influence of public employee unions in California politics are laudable, as are some of his contributions to assist with Republican party building, Munger has also spent a lot of money to lead an ongoing, major effort to shift the California GOP leftwards towards “Democrat lite” — which, as you might expect, I think is a very bad idea.

That said, this column is not really intended to be a critique of Munger, thought I have done that before.  It’s really about defending the right of those who would seek to blog anonymously about Munger (or anyone else) to have the right to do so.  I don’t blog anonymously myself.  I do not author the Munger Games nor to I create any of the content for that site.  I don’t really care who does it — and in fact go out of my way not to inquire or probe into that question out of respect for their right to be unattributed.

That having been said, I will provide one of my (very) occasional links to anonymous content and direct your attention to this latest post on the Munger Games website, entitled: Criticize Charles Munger and He’ll Subpeona Your Gmail Account. 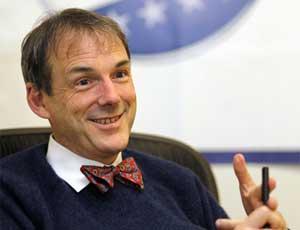 Apparently at some point the Munger Games ran a photo of California Republican Party Vice Chairman Harmeet Dhillon on their site.  Harmeet has filed what in my opinion is a questionable and certainly unfortunate lawsuit against the Munger Games saying that they did not have authority to use her photograph.  Really?  It’s a photo that I’ve seen used in many places.  We have used it here (though it was provided to us by Harmeet for one of the columns by her that we have featured).  Anyways, people grab photos all of the time.  I actually think it is a good photo of Dhillon — sometimes people use unflattering photos, which is always unfortunate.

The Munger Games writers assert that Harmeet, in her lawsuit, is acting as an agent for Munger.  I couldn’t speak to that, although I do have direct knowledge of one other instance where Harmeet did, in fact, represent Munger in a legal matter.  The Munger Games asserts that the purpose of the suit (which now includes a request to Google to provide email correspondence to and from the Munger Games’ Gmail account) is really a fishing expedition to try and expose the authors of the Munger Games.

If Harmeet’s lawsuit succeeds in accomplishing this goal, that would be most unfortunate.  As I said above, anonymous free speech — especially aimed at controversial public figures such as Munger — has its place.  As I also said above, one can and many do discount the content of such speech, because they are suspect of things penned by “secret” authors.  But that should be sorted out by the consumers of information.

Since I have found Harmeet to be a reasonable person, I will end this column by urging her to drop her lawsuit against the unknown authors of the Munger Games.  Not because she shouldn’t defend her rights to her photo (I’m no expert on that), but because we all lose if anonymous political speech is stifled because of the lawsuit.  It would also let air out of the allegation by the folks at the Munger Games that she is really acting as a proxy for Munger.