Buried Treasure in the Mojave – Water


Pearce on Cadiz, water and the buried treasure in the Mojave Desert.

One would think that if a huge underground lake existed less than 100 miles from Southern California water users who live continually on the edge of a water supply crisis, there would be a rush to get that water into Southern California’s water system. One would also think, since this is California, that an extraordinarily challenging level of environmental review would be required before a single drop of that water could head toward users, and that a round of lawsuits would challenge the environmental review’s conclusions.

As it turns out, there is an aquifer holding as much water as Lake Mead, America’s largest reservoir, at Cadiz in the Mojave Desert, about 100 miles from Southern California’s population centers. There also has been a rigorous environmental review of Cadiz, Inc.’s proposal to move 50,000 acre feet of that water (enough for 100,000 families) each year to water users from Ventura County to Imperial County. And, of course, there are lawsuits aplenty that ultimately should verify the thoroughness and correctness of the approvals the project has received. 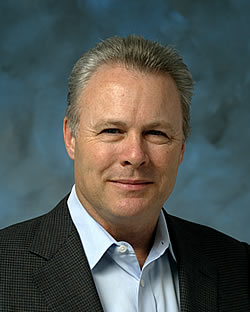 But sadly, there seems to be no rush to use this water intelligently to increase the Southland’s water supply reliability.

Instead, there’s a new environmentalist-spurred idea that the project, already approved under the California Environmental Quality Act (CEQA) – the toughest such law in the nation – should undergo a federal review under the less stringent National Environmental Policy Act (NEPA). To do this, they are attacking a deal between Cadiz and the Arizona & California Railroad Co. that would allow Cadiz to put its water pipeline in the railroad’s right-of-way.

That may seem a little arcane, but a more descriptive term for it is Machiavellian. The environmentalists and their strip-mining allies (strange bedfellows, no?) are trying to re-interpret the provisions of an obscure federal railroad law to force a federal review of the pipeline’s location. The already disturbed land within the railroad’s right-of-way was selected specifically because putting the pipeline there would have no impact on the desert’s flora, fauna or land. No matter. Attacking a plan that avoids harmful impacts is their Hail Mary pass.

If they succeed in getting the federal government involved, Cadiz could be forced to secure a federal permit, which would trigger a new, long-running review of the water project under NEPA. Never mind that a NEPA review of an earlier and more impactful Cadiz water project found the project met all federal standards. And never mind that all this is even remotely possible because Cadiz found a way to do something the environmentalists seemingly would like – avoiding significant environmental impacts. This is more about delaying than defeating. And it’s really more about stopping growth and economic development than it is about protecting desert flora and fauna.

Some High Desert opponents also don’t like “their” water going to “Southern California lawns and pools.” That’s not surprising, even though there’s no hydrological connection between the Cadiz water and other desert aquifers. Their position may have emotional appeal but it’s unconstitutional since California’s constitution declares all water in California to be California’s water. That’s why we can move water from the Sacramento Delta and the Colorado River to other parts of the state, including Southern California, the Central Valley, much of the Bay Area – and even parts of the High Desert.

Moreover, state law requires that water be put to beneficial use. As it is, the Cadiz water migrates to a near-by salt lake, where it evaporates and is lost. That’s hardly the highest beneficial use.

Because it’s in California, the Cadiz project has been intensely studied and piled high with conditions. The County of San Bernardino, for example, reviewed the project rigorously before approving its groundwater management plan. Key to its approval was a collection of provisions that gave the County – not Cadiz or its customers – ultimate control over the aquifer. The aquifer will be monitored regularly and the results posted on-line, and if its level drops below agreed-to levels the County has the power to shut off the pumps.

All a duplicative and unnecessary federal review would accomplish is to create delay at a time when a dearth of precipitation and an abundance of litigation and regulation threaten our water supply. Delay would not protect the desert environment or desert water users, because it’s been proved neither would sustain any significant impact. Delay would, however, leave hundreds of San Bernardino families without income the construction and operation of the Cadiz water project would provide them, and millions of Southern Californians with a less reliable water supply.

But increasingly, delay seems to be what California is all about, isn’t it?

Laer Pearce has been a public affairs consultant specializing in regulatory matters for 30 years. He is the author of Crazifornia, Tales from the Tarnished State, and a consultant to Cadiz, Inc.