How Carl DeMaio Will Shake Up Washington, D.C.

Editor’s Note: We are pleased to present this column from Roger Hedgecock, who has endorsed former San Diego City Councilman Carl DeMaio. The San Diego Republican is challenging Rep. Scott Peters for the 52nd district.

Every once in a while, a candidate for Congress comes along that really impresses me – so much so that I personally do whatever I can to see them get into office. 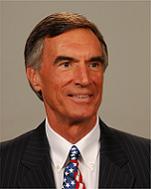 It will probably come as no surprise to many Flash Report readers that I’m strongly supporting Carl DeMaio. Most of you already know about Carl – because for years he has been one of the strongest and best voices for fiscal and economic reform in the State of California.

Now Carl is running for U.S. Congress – against first-term Democrat Scott Peters – in one of the most watched and most important Congressional races in the country.

Carl DeMaio is truly exceptional in today’s political world because he has taken on the forces of big government and won – several times over!

Carl DeMaio: Taxpayer Watchdog
DeMaio has been uncovering waste, fraud and abuse in government for years. In the 1990s, he helped implement a law to force all federal government programs to measure and publicly report performance standards. Guess what? Many of the programs failed their performance test. DeMaio also was one of the few voices to predict California’s fiscal meltdown and helped uncover the pension scandal and fiscal crisis in San Diego.

Carl DeMaio: Getting Big Reform Done
DeMaio doesn’t just point out problems – he’s a breath of fresh air in offering bold solutions. In San Diego, DeMaio wrote the plan to save the city from bankruptcy – and while serving in the minority party of the City Council, DeMaio galvanized public pressure to get many of his reforms approved, ranging from outsourcing city services to cutting red tape on small businesses. We have Republicans in the Majority in Washington, D.C. that haven’t produced as much change as DeMaio did while serving in the minority!

Carl DeMaio: A National Leader for Pension Reform
DeMaio’s biggest win was getting a massive pension reform initiative passed in San Diego to close the unsustainable and overly-generous government pension boondoggle that almost bankrupted the city. DeMaio led the charge to switch our government workers to 401(k) retirement accounts – with benefits benchmarked to the penny against what the taxpayers receive. DeMaio is now proposing to take his pension reform proposals nationwide!

Carl DeMaio: A Plan to Fix Congress
The best part about Carl DeMaio is he is ready to take both political parties on in Washington, D.C. to force some much-needed change. DeMaio’s outlined a bold and ambitious “Fix Congress First” initiative to force Congress to live under the same laws it expects the rest of us to live under – and under DeMaio’s plan, Members of Congress would lose gifts, free travel, generous pensions and health care subsidies. They’d have to comply with all laws with no exceptions.

Even more, DeMaio would impose a “72 Hour Rule” for all legislation to be posted online for the public to read before any votes are taken. That’s transparency.

The last few election cycles in California have been pretty depressing, as Republicans have lost key federal, state and local seats.

With your support of Carl DeMaio, we will win an important seat. More than that, Californians will send an impressive reformer to Congress who – mark my words – will become one of the best voices for reform in the nation.

Join me and be there with Carl from the beginning – step up and support his candidacy today.