As a newly elected and freshly appointed delegate from San Luis Obispo County, I and my other Tea Party colleagues were looking forward to our first California Republican Party Convention in March. But when we got there we didn’t find engaged activists seeking to take back our State. Instead we found young, middle-aged and older Republicans at the Convention ready to socialize and have a good time. 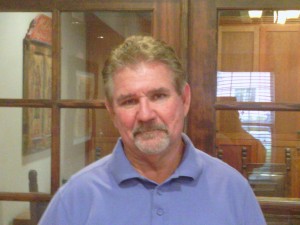 Since then, every meeting fellow Tea Party Caucus founders Lydia and Norm Thompson and I attended was more of a report on how bad things were than a plan for the future of the California Republican Party. “Where are our principles?” we asked the moderators at every meeting.

Other meeting attendees told us they felt the same way but had no voice. Tea Party members and conservatives felt they had lost their party. Our passion for change resonated.

By the end of the March convention we had a clear picture; it was clearly possible a Tea Party Caucus could be held at the next convention.

I immediately contacted Dawn Wildman, a family friend and Tea Party member, to help us create the Tea Party Caucus. Dawn had given up on the RINO’s years ago, and said it was a waste of time, but she would do all she could to help.

We put together the finest Tea Party activists from Northern Counties to San Diego County, and with the help of conservative CRP member Steve Frank, we were ready for the October CRP convention.

We had three purposes:

* introduce the Tea Party to conservatives in the CRP;

* observe and let our members see what we saw;

* gain strength and explore our future within the CRP.

CRP members and the Board treated us well at the recent convention, and even went out of their way to make us feel welcome.Chairman Brulte stopped by our Tea Party booth several times and wished us good willevery time we saw him. He acknowledged TPCC as the new kids on the block and recognized us at the Sunday morning general session.

We signed up a volunteer base of more than 100 CRP members, while having a great time at the convention. Our members attended dozens of CRP meetings and workshops and engaged moderators and attendees on what true conservatism really is. We constantly reminded CRP members that Tea Party stands for only three things:

5) Eliminate Agenda 21 from our local Governments.

We eventually dropped our Immigration Resolution when it was shown to us that the language in the Immigration plank of the CRP Platform was actually stronger than ours.

All four of our resolutions were passed by Committee and passed by body of CRP.

Our Saturday meeting was a huge success and many said was a highlight of the Conference. Mark Meckler, Assemblywoman Shannon Grove, Tea Party giants Steve Brandau and Ginni Rapini, and our next Governor Tim Donnelly spoke at the meeting. Reverend Jesse Lee Peterson closed the meeting with a message of self-reliance and personal responsibility.

There were 150 seated in the meeting, with another 75 or more standing and that many again in the halls listening.

Meckler said he felt “more electricity in that room” than any other meeting he had spoken at or even attended.

What is the future of TPCC? We are growing, and not just by Tea Party groups, but by support from coalition groups such as SLOCATS in San Luis County and Eagle Forum in San Diego.

We are here to bring true conservatism back into the Republican Party in this state.

We are here to get our local boards, County seats and State representatives full of Tea Party and like-minded conservatives.

What is the Tea Party?

Have you noticed Tea Partiers never say “The Tea Party.”

The Tea Party is not a single entity; it is a frame of mind, and a conservative and moral belief that binds us all together. Anyone who believes in these core values is Tea Party.

The Tea Party California Caucus is here to stay in California. Our goal is to bring all conservatives under one united front in California, and to see this enthusiasm catch on in every state.

Watch for us at the next CRP Convention. In the meantime we will be growing our Tea Party base, strengthening some of the current Tea Party groups and developing plans and programs to help Conservative candidates in2014.

We look forward to seeing you on the campaign trail, and at the next California Republican Party convention in Burlingame.